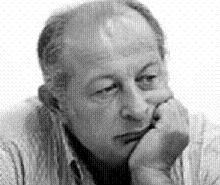 Nodar Javakhishvili, board chairman of Cartu Bank, says the National Bank is doing proactive checks out of line with standard control measures.

The National Bank started an audit of Cartu right after police seized two million US dollars and one million euros worth of cash last October, suspected of being part of a money laundering operation.

Cartu Bank said it was an inter-bank transfer to boost their cash reserves which was made necessary because supporters of the ruling party had closed their accounts after Ivanishvili’s political debut, causing a cash crisis.

On October 19, Cartu was subject to further misfortune as the National Bank launched an audit, justified with the seizure of cash, as well as changes in the bank’s management.

One week ago the cash was returned, but the investigation is still ongoing.

Nodar Javakhishvili, board chairman of Cartu Bank, says they are suing because of a delay in the National Bank’s audit.

“They are working in a regime of pre-control of operations, something which doesn’t even fit in the essence of checking term and there is no legal basis for it.” Javakhishvili said.

According to his prognosis, the audit process wills last ‘minimum until the elections if there won’t be the pressure from international finance institutions or we win in the court.”

The National Bank confirmed to DF Watch that the bank checking is still in progress, but they couldn’t say the exact time when this process will end.