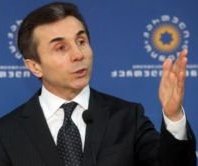 TBILISI, DFWatch – The National Enforcement Bureau has asked Tbilisi City Court to transfer the shares of Cartu Group and Progress Bank to a compulsory management regime.

The Enforcement Bureau seized all 100 percent shared that Georgian Dream coalition leader Bidzina Ivanishvili held in Cartu Group and 21.7 percent that he held in Progress Bank. This was based on a court ruling to fine the businessman USD 45.5 million.

The fine was issued on the basis of a request by the Chamber of Control, or what is now called the State Audit Service. The Audit Service accused Ivanishvili of illegally funneling money through his companies to his political party Georgian Dream.

Tbilisi City Court fined him USD 91 million at first, but the appeals court reduced the fine to half.

Bidzina Ivanishvili considers this decision unlawful, and therefore he refused to pay the fine. Then the National Enforcement Bureau seized his property and placed it on auction. But there were no buyers.

The enforcement bureau informs that Ivanishvili’s property has been evaluated by the National Forensics Bureau.