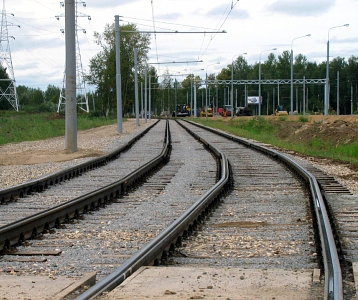 The trains are cancelled due to infrastructure work between Ureki and Supsa. (Interpressnews.)

TBILISI, DFWatch–Several trains will be cancelled in western Georgia the next few days due to ongoing work between Supsa and Ureki.

All tracks in Supsa and tracks connecting Ureki and Supsa will be closed from 06:00 on July 5 to 06:00 on July 6, according to a statement published by Georgian Railway on Monday.

The following trains have been cancelled: train #202/201 – Yerevan-Batumi, which was scheduled on July 4 from Yerevan and July 5 from Batumi;

Train #654/653 scheduled from Tbilisi on July 4 to Ozurgeti and July 5 from Ozurgeti to Tbilisi;

Train #12/11 scheduled on July 5 from Tbilisi to Ozurgeti and back;

Train #18/17 scheduled on July 5 from Tbilisi to Kutaisi and back;