Call for results to be annulled

Call for results to be annulled 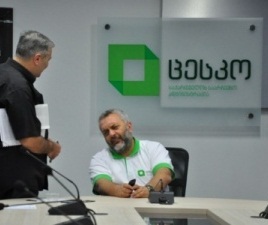 TBILISI, DFWatch – The election result from several precincts in three districts of Georgia may be annulled, says the head of Central Election Commission (CEC).

Due to tension at several precincts in Khashuri that were stormed by special police units yesterday, non-government organizations and part of the opposition demand to cancel the results from this district.

They also want the results in Gori and Kareli districts annulled, because of irregularities.

Zurab Kharatishvili, chair of the Central Election Commission, told journalists that the commission will review this issue Tuesday and make a decision.

Meanwhile local journalists from Khashuri report that there is still tension. Supporters and members of Georgian Dream have gathered at the coalition’s office. They say they plan to defend their votes and that they have information that election fraud is being planned.

They ask for a meeting with the head of CEC. Journalists aren’t let into the building of the local election commission.