Cabinet reshuffle in Georgia: Minister of economy appointed as a head of MFA

Cabinet reshuffle in Georgia: Minister of economy appointed as a head of MFA 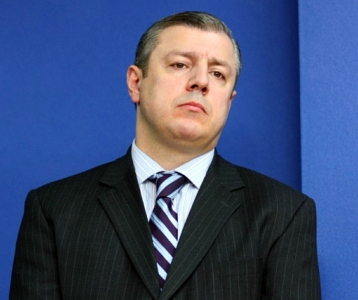 Tbilisi, DFWatch – Tamar Beruchashvili, Minister of Foreign Affairs, was replaced by Giorgi Kvirikashvili, who served as Minister of Economy.

The government reshuffle was announced by Irakli Garibashvili, PM, on Tuesday morning at a special briefing, with Kvirikashvili and Dimitri Kumsishvili, who was appointed as a new Minister of Economy, standing by him. However, Tamar Beruchashvili was absent.

“The government is focused on economic development, which creates jobs and benefits every citizen, and that is what determines our foreign policy. Consolidation of these two areas at this point is very important, so I think that Giorgi Kvirikashvili will be a very good foreign minister,” Irakli Garibashvili said.

“I want to thank Tamar Beruchashvili… She has done the work for which, as the head of the government, I want to thank her. It was a successful period of co-operation,” Garibashvili said, addong that it was up to the new minister to decide new job for his predecessor.

Giorgi Kvirikashvili, 48, is an old cadre of the former PM, Bidzina Ivanishvili. As his official bio published on the website of the Ministry of Economy and Sustainable Development state, he served as a CEO at Ivanishvili’s Cartu Bank JSC in 2006-11.

Dimitri Kumsishvili, 41, served as a deputy minister of economy and Tbilisi vice mayor.