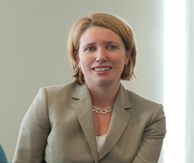 The delegation was received in Sukhumi by the breakaway republic’s foreign minister, Vyacheslav Chirikba.

The foreign minister of the de facto republic said they discussed aspects of the interaction of the European Union and Abkhazia and also the aspects of the conflict with Georgia.

“I think we also share the idea that it is impossible to isolate the Abkhaz community from Europe,’ he said. ‘We raised the question of the possibility to put the British visa in the Abkhazian passport. We intend to send the appropriate request to the British Foreign Office and hope that they will consider it.”

Chirikba added that Abkhazia will categorically not accept the so-called ‘neutral passports’ of Georgia. Georgia has proposed these passports to its breakaway regions Abkhazia and South Ossetia.