Body of dead 19 year old handed over by South Ossetia

Body of dead 19 year old handed over by South Ossetia 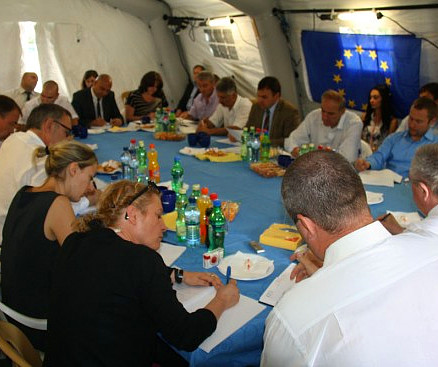 TBILISI, DFWatch–On Saturday, the body of a dead 19-year-old handed over to Georgian authorities by the breakaway region South Ossetia.

David Basharuli was found hanging from a tree in a small village in South Ossetia in January, after having been reported missing for about half a year.

Georgia since began negotiating to have the body transferred across the de facto border, which finally took place Saturday at the checkpoint at Akhmaja near Akhalgori.

It happened a day after the latest meeting of the Incident Prevention and Response Mechanisms (IPRM); regular field meetings between the warring parties from the 2008 war. As usual it was held in Ergneti.

One of the main topics at that meeting was the transfer of Basharuli. But the parties also discussed problems caused by the installation of barbed wire and fences in villages that lie directly on or adjacent to the de facto border.

Another topic was how to ensure the safety of locals when they are out doing agricultural work as spring approaches.

The next IPRM meeting will take place March 25.