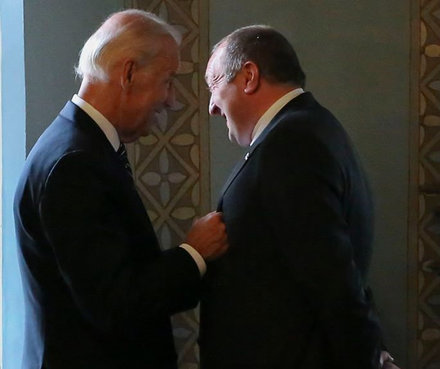 US Vice President Joe Biden announced the assistance package on June 7 during a meeting with Georgian President Giorgi Margvelashvili in Ukraine.

According to a White House statement, the assistance ‘will help individuals affected by Russia’s “borderization” of the Administrative Boundary Lines (ABLs) of Georgia’s occupied territories, increase access to independent information in the region, promote national unity, and help the Government of Georgia conduct key reforms to strengthen justice sector institutions.’

Part of the funding will be spent on monitoring the implementation of a recently adopted anti-discrimination law.

In addition to funds previously budgeted, the United States is providing approximately USD 65 million in assistance to Georgia this year, according to the White House.

Georgian Defense Minister Irakli Alasania said after a session of the Security and Crisis Management Council on Sunday that consultations with the US will start next week regarding the details of this assistance.