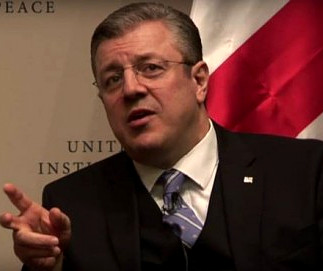 TBILISI, DFWatch–During the opening ceremony of the international conference ‘Georgia’s European Way’ in Batumi, prime minister Giorgi Kvirikashvili declared that ‘trillions of dollars’ will be accumulated in the city as a result of trade between Europe and China.

“Today we are present in one of Europe’s most important ports, a part of the Eurasian New Silk Road, which connects China with Europe and the West. Over the next few decades Batumi will become a hub which will accumulate trillions of dollars as a result of trade between Europe and the east; a place which will be closely watched in Europe for its dynamism and economic transformation with relevance to the whole continent. From Batumi we look towards Turkey, Romania, Bulgaria, the Blackl Sea coast, and our partners in NATO member countries. Batumi is Europe and its future will reflect Europe’s future prosperity,” Kvirikashvili said.