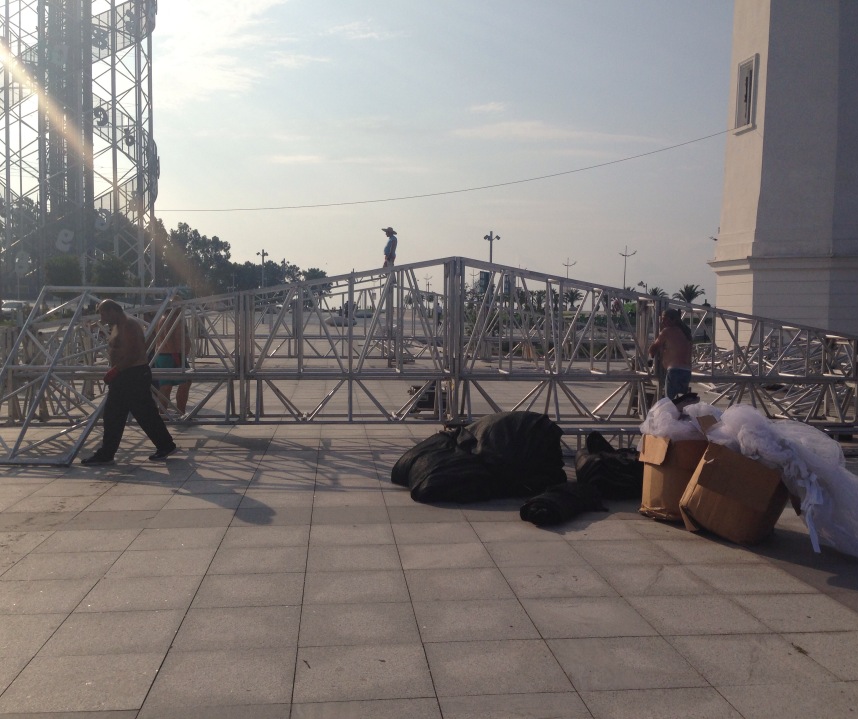 Batumi is getting ready for three days of electronic music. (Festival handout photo.)

Batumi Summer Set Festival runs from August 22 to 24 and will host many well-known names in the genre.

Among the headliners are Denmark’s Sleep Party People and British Faithless, Giraffage from San Francisco, Max Cooper from the UK, Mexican DJ Betoko, Synkro, DJ from the UK and Phon-o, a German DJ and producer and Rone, from France, who will play electronic music at Batumi Miracle Park where the installation of festival’s city has been recently finished.

Members of Denmark’s Laid Back have already arrived in Batumi and attended a pre-festival press conference. They promised to play Sunshine Reggae, Happy Dreamer, that are the most popular songs in Georgia.

“We had a list of Laid Back’s songs that you like here in Georgia and we will perform them,” the musicians told journalists during the press conference.

Georgian musicians will also play at the festival. One of them is Maya Darsmelidze, who will present her new electronic project Mao & Mins.

Tato Xarchilava, art manager of Batumi Summer Set Festival, said the festival aims at promoting Georgian artists and their participation there will get them experience.

This is the second time Batumi hosts Summer Set Festival, and organizers expect about 45 000 visitors this year.

There will be two zones in the festival city. One of them contains a theatre, main stage and smaller stages, places for food and banners for photos, and game fields. Music will start at 20:00 and last until morning every day. Half of the festival city is covered by roof, as there have been heavy rains in western Georgia the last weeks.