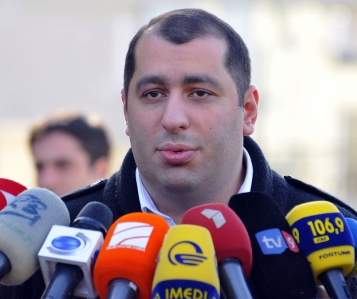 TBILISI, DFWatch–Tbilisi City Court has released the lawyer of a former defense minister against a 20 000 lari (USD 12 000) bail.

Goga Oniani, a former high police official during Saakashvili who now is a lawyer representing the ex-minister Bacho Akhalaia, is charged with abuse of power, illegal detention and falsification of evidence about particularly grave crime.

The Prosecutor’s Office mediated to place Oniani in pretrial detention, but the court released him on bail and he will leave as soon as he pays the set amount.

26 members of parliament from the National Movement demanded to release Oniani for bail on Wednesday.

Oniani is charged with political intimidation for having ordered the arrest of the manager of a print shop which prepared campaign t-shirts for the Georgian Dream coalition in 2011.

Prosecutors say he gave marijuana to an investogator and told him to put it in the man’s pocket and make it look like it was found during a personal search.