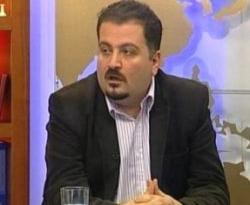 TBILISI, DFWatch – Georgia’s State Audit Service wants to fine a non-governmental organization (NGO) which supports the government by 5 000 lari, or about USD 3 000.

The State Audit Service, which has authority to track the financial relations of political parties and legal or individual persons, studied the relation between NGO Georgia is not for Sale and the National Movement party. The Audit Service accuses this NGO for having offered free services to the ruling party, which is prohibited by Georgian legislation.

Giga Nasaridze, a former member of the supervisory board of the public broadcaster, in July established an NGO called Georgia is not for Sale.

He said the only goal of the organization is to make the Georgian Dream coalition leader understand that Georgia is not for sale.

“Its goal is to inform society about the movement of oligarch money belonging to Bidzina Ivanishvili, and also to make Bidzina understand that Georgia is not for sale,” Nasaridze wrote on one of the popular forums.

Among the organization’s plans is a media campaign including commercials containing information about the activity and plans of the coalition leader. The founder of the NGO says it is important that people know that spending oligarch money is harmful to Georgia.

In July he also said that no-one finances this organization, but it will be financed only by donations and information about donations will be transparent. The organization asked the State Audit Service to monitor their finances in July.

Soon after setting up the organization Giga Nasaridze resigned from the Supervisory Board of GPB.

‘I decided to leave the board and have informed the head of board about it,” he wrote on his Facebook profile, adding that the reason was his openly declared political goals.

Transparency International Georgia one week ago requested to fine the National Movement and Georgia is not for Sale.

TI Georgia claims that there was a deal between the two which violates the law on political unions of the citizens. According to a statement by TI, Giga Nasaridze said that each party which shares their position should show video clips on the election topic for free.

TI writes that the National Movement responded, and they received video-clips for free, which are already on the broadcasters. TI called for the State Audit Service to fine both sides with five times the amount donated – in this case expenses for video-clips.

The Audit Service fined organization with 5 000 lari and took the case to Tbilisi City Court. Giga Nasaridze today responded to this action saying that Audit Service decision was legal.

“We read the part of law, which Audit Service disputes. We couldn’t manage to declare documentation within terms defined by law, they were right,” he told Interpressnews, adding that probably the court will confirm the Audit Service’s decision and fine them. He said they will obey their decision.

Commercials are visible on pro-government Imedi and Rustavi 2. Opposition affiliated Channel 9 and Maestro TV refused to place those clips.

Maestro responded by saying that the clips are made in violation of the law. Maestro TV also mentioned that the videos contain clips from their TV programs and they demanded a stop to the use of Maestro’s footage without permission.

Giga Nasaridze answered that Maestro isn’t objective in this case and is acting out of its own political sympathies. He appealed to local non-governmental organizations to study the case and determine whether it is right to refuse this organization to broadcast paid political commercials on their television channels.