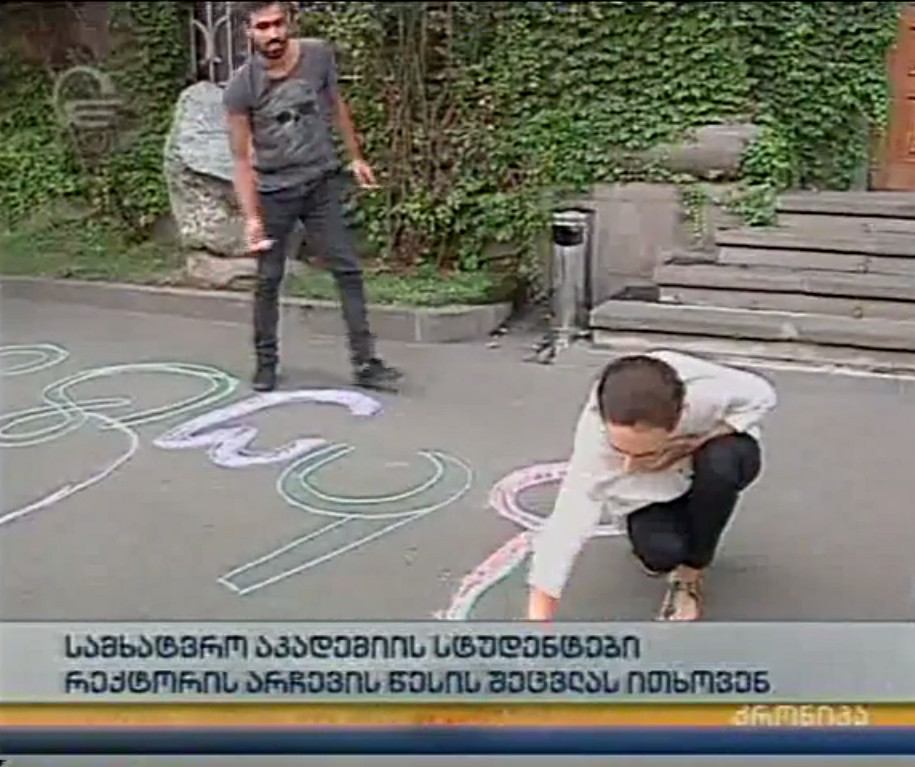 Students at the Academy of Art in Tbilisi are opposed to new rules for electing a rector. (Imedi TV.)

TBILISI, DFWatch–Students demonstrated Friday outside the Culture Ministry against a decision to only allow professors at accredited universities to become rector of the Academy of Art.

The decree was signed by Culture Minister Mikheil Giorgadze on September 1.

Students’ opposition to this is rooted in a difference of opinion about the scope and teaching methods at the institution, which they see as backward and outdated. They think the new rules will mean that only professors at the academy can become rector.

The decree also says that for someone to be considered as candidate for rector, he or she must comply with the instructions of the academy and its faculties.

The student protests began several months ago with demands to change the procedure for electing a new rector, as well as the study system, but they say the situation has gotten even worse since.

“You too, Brutus?” students wrote at the entrance to the Culture Ministry.

They explained that they were expecting Giorgadze, the new minister, to improve things when he took over for Guram Odisharia in July.

Giorgadze, however, begs to differ. He said on Friday that the new rules will make the process more democratic and transparent.

“It means that a professor who works in Georgia or abroad at an accredited university where they teach arts, can participate in the election of rector.”

He thinks it is correct to have a certain standard for picking an academy rector and is not planning to reconsider his decision.