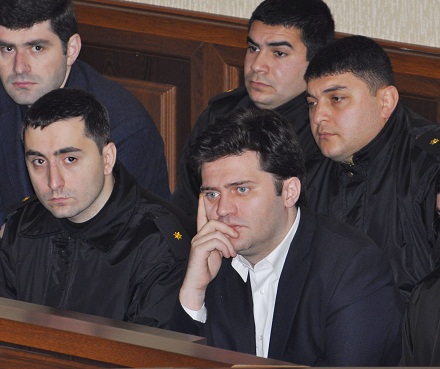 Tbilisi City Court acquitted Akhalaia in part of the case, but sentenced him to three years and nine months in jail for some of the things he was charged with. The Appeals Court left this decision in force.

However, Akhalaia, who also served as prison minister under President Mikheil Saakashvili, will not have to do any jail time, as his old ally Saakashvili pardoned him in November, 2013, right before the end of his second presidential term.

The Prosecutor’s Office appealed the City Court’s decision and asked the Appeals Court to sentence Akhalaia in all parts of the prison riot case.

Akhalaia was charged with humiliating treatment and mistreatment of prisoners and was sentenced to three years and nine months. Additionally he was charged with illegal deprivation of freedom, and it was in this part of the case he was acquitted by both courts.

Despite the Appeals Court’s decision, the former minister will not be released yet, as he is charged in several other cases.