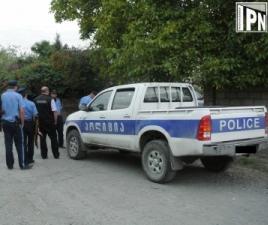 The search for 'saboteurs' continues near the border with Russia. (IPN.)

TBILISI, DFWatch – Local police are patrolling a valley close to the Russian border, while the special police operation continues against a group of what the interior ministry calls saboteurs.

“[…] each armed citizen of the country, who takes hostages, doesn’t obey legal demands of the police, kills officers of Interior and Defense Ministry during operation to free hostages – government measures will be the same,” a statement from the ministry says.

The ministry earlier reported that among the group of ‘saboteurs’  were people from North Ossetia, but no further details have been made public.

The major phase of the operation finished on August 30. The ministry says the group of insurgents numbered about 20. 11 bodies have been found, while the rest are being searched for. Two law enforcers and one military doctor died in the operation.

The defense and interior ministries started the operation August 28, in a forest near the Dagestan section of the Russian-Georgian border. Three groups of hostages were released.