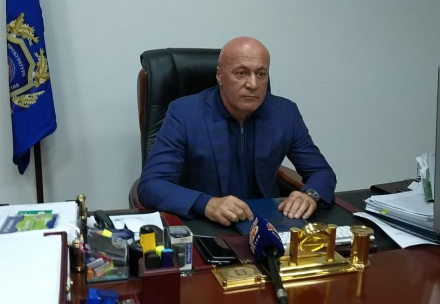 Situation in the breakaway South Ossetia remains tense after torture and death of a 28 y/o local man by police. The opposition and relatives keep on holding rallies in Tskhinvali, while the deputies at the de facto parliament have started boycotting sessions.

Opposition MPs, who constitute majority in de facto parliament, demand resignation of the chief prosecutor, Uruzmag Jagaev. The latter, however, claims he’ll step down only if opposition MPs resign as well.

He’s unveiled the criminal cases against MPs, which had hitherto been on the shelves. The accusations are about forging illegal documentation covering up a crime, slander, etc.

Reportedly Kokoity, who lives in Russia since stepping down in 2011, attempted to enter the SO in August 30 but was barred at the border by Rosgvardia, Russian National Guard, and North Ossetian police. Some media outlets from North Caucasus report that Kokoity even attempted to storm customs checkpoint.

Inal Jabiev, 28 y/o, was suspected of attempting de facto minister of interior Igor Naniev’s life. The latter’s car was shot at in August 17. No one was injured during the incident. Inal, along with several other men, was arrested and tortured to death in the police custody. Seven law enforcers have been detained in suspicion of Jabiev’s death. The relatives and opposition, however, claim that authorities try to cover mastermind of the crime, suspecting that chief prosecutor is also involved.

The de facto government was dissolved after hundreds of residents started rallying in Tskhinvali center.