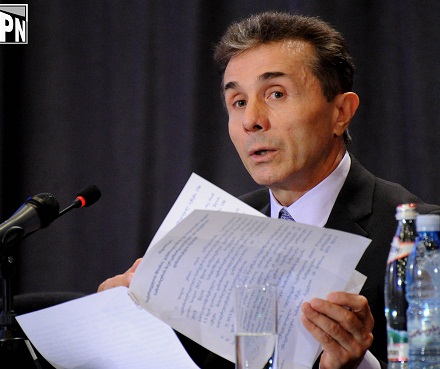 Prime Minister Bidzina Ivanishvili says there might be a rise in crime as thousands of prisoners are released, but that Georgians will understand the need for the mass amnesty. (IPN.)

TBILISI, DFWatch — Georgia’s Prime Minister says that the planned law about amnesty may increase the level of crime for a certain time in the country, but society should understand this.

At Thursday’s press conference at Radisson Blu Iveria with tens of journalists, Bidzina Ivanishvili was asked if the law on amnesty creates a threat of increased crime in the country.

“There are appropriate bodies for this, which will react. It will increase crime on a certain level for a certain time. Society should understand this, we should get on it. Many people deserve this there. Some may trick us to escape; some will have to return back, there are law enforcement bodies for this.”

The Georgian parliament’s human rights committee is preparing a law on amnesty, which may lead to the release of thousands of prisoners and reduce the sentences for others to half.

The plan has led to criticism from the minority in parliament. They fear that crime will increase, but the majority claims that there are too many political prisoners and people who were unfairly sentenced.

Due to the discussion in parliament, review of the issue was is not finished and will continue next week.