Agreement about not changing the course of Mtkvari

Agreement about not changing the course of Mtkvari 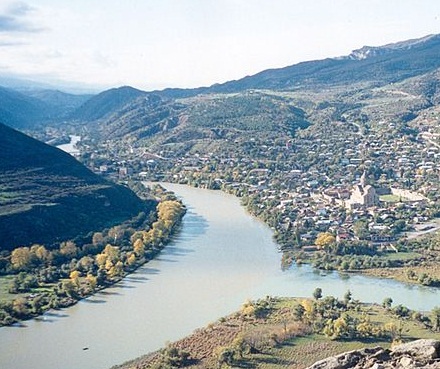 The Mtkvari is the longest river in Georgia.

TBILISI, DFWatch–The course of one of the main rivers in Georgia will not be changed, the energy minister said at a meeting with members of President Saakashvili’s party on Thursday.

Mtkvari is the longest river in Georgia, and crosses the whole country from west to east, ending in the Caspian Sea. Mtkvari starts in the northern part of Turkey, in a mountainous region close to the border with Georgia. It is joined by large and small rivers. Mtkvari runs through Tbilisi and supplies a large part of the east of the country with water. It also provides drinking water for part of Azerbaijan.

In the end of 2011, Georgian media reported that Saakashvili’s government held negotiations with the Turkish government about the of building hydroelectric power stations close to the Turkish-Georgian border. Constructing such power stations may create problems on the Georgian side, and for this reason Georgia was against the project. Turkey also raised its own conditions: If Georgia does not live up to those conditions, the Turkish government claimed, it would be forced to change the direction of the Mtkvari River, so as to be able to build hydroelectric power stations on its own territory. This would leave the head of the river out and Mtkvari would not been able to fulfill its functions, only by the joined rivers.

Since then, debate has periodically come and gone about this issue. The former environment minister and a member of parliament from Saakashvili’s UNM paty became interested in the issue during a meeting with Energy Minister Kakhi Kaladze at the parliament.

Kaladze explained that there were certain questions, as Turkey wanted to build hydroelectric power stations and dam entirely on own territory. This would at least partly cause the river to changing its course.

However, Kaladze remarked that agreement has been achieved about not changing Mtkvari’s direction, but a dam will be built on Turkish territory and the rest of the power station, including the generators, will be on Georgian territory.