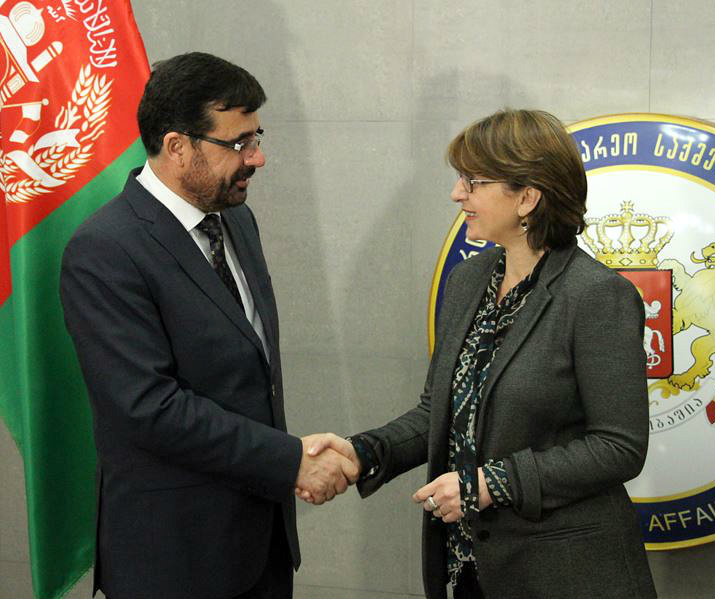 TBILISI, DFWatch–Afghanistan is interested in Georgia’s location and prospects for cooperation in the fields of economy and transport, but nothing specific has yet been said about concrete project.

Osman thanked the Georgian government for sending soldiers to Afghanistan for the ISAF mission and fight for peace and against terrorism.

“Our cooperation with Georgian soldiers is proof that these two countries’ relationship is good and warm. On the meeting today we talked about cooperation perspectives in economic and transport fields. Georgia’s location is interesting for us, because this potential can be used,” Osman said.

The security situation remains fragile as Western countries are pulling out soldiers. Large parts in the south of Afghanistan are ruled by the Afghan Taliban, and economic development is considered crucial to avert a possible Taliban comeback.

Osman said the April 5 presidential elections will be the most important event in the country’s history. He called it the biggest achievement, as power for the first time will be transfered in a peaceful democratic way.

Georgia will have its worthy place when foreign soldiers in the end of 2014 only have as a role to train local law enforcement, he added