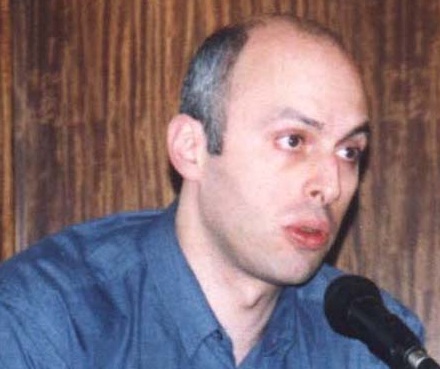 A lot of reforms have been carried out in the country during the first two decades after Georgia’s independence in 1991. Although some of them were rather controversial and contradictory, they led to significant changes in various spheres of Georgia’s social life, writes David Losaberidze, project coordinator at the Caucasus Institute for Peace Democracy and Development.

But one sphere is a notable exception – the country’s administrative-territorial arrangement. No reforms have been implemented in this field so far. The problem is a taboo subject in Georgia’s public discourse, being usually discussed – without going into much detail – only by a closed circle of experts and government officials.

As a rule, the government tries to excuse itself for putting the issue on the shelf by claiming that “the time has not come yet to deal with the problem” and “the country needs to address other, much more urgent problems first”. To some extent, the government’s position can be justified – unresolved ethnic conflicts and hard social and economic problems concern Georgian citizens much more than the “ephemeral” problem of decentralisation does. Besides, decentralisation reforms are usually rather complex and lengthy.

Another major obstacle to the decentralisation reform is the fact that in the post-independence period successive Georgian governments have been unwilling to undertake any real change that could lessen their grip on power and, therefore, did their best to centralise the state and reassert their authority with the use of authoritarian mechanisms of management and control.

The decentralisation process should begin with choosing a proper model of the administrative structure of the country, i.e. it is necessary to decide what powers should be delegated to which level.

Local authorities have two main objectives: to reduce the gap between the government and the citizenry, and ensure high quality of public service.

But these two concepts contradict each other to some degree. On the one hand, reducing the gap requires to set up small administrative units – the smaller, the better; on the other hand, high-quality public service can be provided only by relatively large units with respective financial and human resources.

Every country has to find its own “golden mean” on this issue. A universal model that can be applied for all cases does not exist. Each states defines its own optimal system; however, certain trends can be outlined.

Despite differences, some common trends can be found between sub-national entities according to their size (of population and territory):

Generally, on average, the number of residents of municipalities equals to 5 000 – 20 000 (Spain, Germany, USA, Italy, Poland, almost all countries of Scandinavia and Baltic’s, most of Balkan countries, Russia, etc.).

In almost every European state (with seven exceptions), on the first (municipality) level number of population varies from 3 000 to 40 000.

Crucial issue of decentralization of capitals (and big cities) is establishment of optimal number of primary units that depends on number of various issues:

In the countries of new democracies the above-named issue is still not solved. Inadequate territorial organization is one of the manifestations of the inheritance of totalitarian countries. Often administrative entities are created not on the basis of its historical inheritance, but according to some specific considerations and aims at strengthening the authoritarian system and the highest concentration of power.

A clear example of this fact is establishing “district” (“Rayon”) level of the country. This level of governance was created as a so called economical level and depended on the number of representatives of governing (and only) party on a given territory. In the process of transformation from socialist planning to market economy and transition to multi-party governance, the “district” level lost its political, as well as economical functions and today it is a mostly unlawful instrument of political pressure (using administrative recourses by central government during elections, centralized and inadequate usage of financial recourses and, thus, strengthening corrupt mechanisms, etc).

Recent developments in Georgia have indicated that the government intends to retain full control at the local level and stifle alternative opinion and debate even in the smallest territorial units.

In 2005-2006 the local authority system was reformed. The first level of local authority (village, community, town) was liquidated. As a result, municipalities (former rayons or districts) represent the only subnational level today. The impact of the reform can be best illustrated by changes in the population of local administrative units. The average population of a current municipality is 66 235 residents, while in former first-level territorial units it was 4 354. So Georgia went from one extreme (more than 1 000 very small local authorities) to another (64 large municipalities). No justification was given for such a transition.

At the same time, government officials admitted in private conversations that the main aim of the reform was to enable the government to retain full control over regions. The government’s true intentions are easy to see, especially during election campaigns when local authorities are concerned only with how to secure the maximum number of votes for the ruling party.

As to the provision of public goods and services, its quality and efficiency is a separate theme that should be assessed by the main beneficiary – the regions’ population.