Abkhazian leader asks EU, don’t try to teach us how to live

Abkhazian leader asks EU, don’t try to teach us how to live 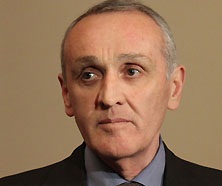 "Don't teach us how to live," says Abkhazia's de facto leader, Alexandre Ankvab to the EU.

TBILISI, DFWatch – The leader of the Georgian breakaway republic Abkhazia asks the EU not to teach Abkhazians how to live.

“You can get blind from brilliant ideas of the international diplomacy, but they are not for Abkhazia. Our request is don’t teach us how to live. We are the supporters of the equal-rights dialog and civilized relationship,” Apsnypress quoted president Alexandre Ankvab telling Philip Dimitrov, EU ambassador to Georgia, who was visiting Abkhazia.

The de facto leader said cooperation with the EU is possible in the fields of science, education, culture and business, but ‘friends of Georgia should forget involvement without recognition.’

“Let’s not waste time on this. It’s impossible not to get surprised by the common tone and text of international diplomats. We are tired of such diplomatic manner. If it will continue this way, there’s no point in dialog,” Ankvab said, and complained that European diplomats have poor knowledge of Abkhazian history.

“Officials coming and go, but the society remains. We don’t bargain with our independence.”

Ankvad, who was elected in an election last year following the death of Sergey Bagapsh, says the number of countries that recognize Abkhazia’s independence will increase.

“We don’t have a problem with relations. We can develop ourselves; and also with the help of Russia and other countries that support us,” the de facto president said.

Dimitrov thanked him for speaking so sincerely.

Abkhazia is located in the northwestern part of Georgia and along with a smaller area, South Ossetia, became disputed after the breakup of the Soviet Union. Russia has intervened militarily several times, lastly in 2008, after which it has been occupying both areas and building military bases. Both regions are claiming independence and are run by de facto governments. However, most of the world doesn’t recognize them as independent, but see them as integral parts of Georgia.