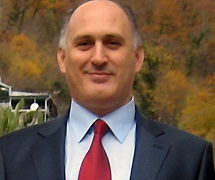 TBILISI, DFWatch – Abkhazia wants the EU to recognize the Georgian breakaway region’s own passports as valid travel documents, just as is the case with North Cyprus.

Chirikba is sure that the EU will take the request into serious consideration, as reported by Apsnypress.

Abkhazia has refused to accept the Georgian-proposed ‘neutral passports’, which authorities consider are being imposed by Georgia.

Georgia suggests what is called neutral passports for the population in Abkhazia, for use on travels abroad. The current Abkhazian passports are not recognized by the international community.

Abkhazia is located in the northwestern part of Georgia and along with a smaller area, South Ossetia, became disputed after the breakup of the Soviet Union. Russia has intervened militarily several times, lastly in 2008, after which it has been occupying both areas and building military bases. Both regions are claiming independence and are run by de facto governments. However, most of the world doesn’t recognize them as independent, but see them as integral parts of Georgia.