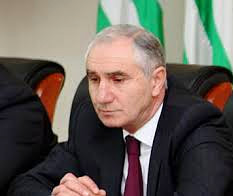 TBILISI, DFWatch–Abkhazia is introducing a new exception from its own ‘visa’ rules. Citizens of countries that have recognized the Georgian breakaway region may freely visit.

The current law, adopted in 2005, says that Russian citizens and citizens of the Commonwealth of Independent States (CIS) can freely enter Abkhazia without a visa.

The parliament in the breakaway republic which declared independence in 1992, has passed several changes in the immigration law which will come into effect on April 1, de facto speaker of the parliament in Abkhazia, Valery Bganba, told Russian news agency Tass.

“There are several new proposals,” he said. “One is that only citizens of a state which has recognized the independence of our state, and with which we have visa free rules, will be able to enter Abkhazia.”

Bganba explained that the goal of the proposal is to ‘reinforce immigration control.’

Under current rules, citizens of Russia usually come on holidays in Abkhazia, he said.

“Other countries’s citizens are able to come here, work here for years, tthey do not pay taxes or go through medical examination.”

Russia recognized Abkhazia after the Russia-Georgia war in August 2008. Almost no other countries have followed suit. The exceptions are Nicaragua, Nauru, Tuvalu and Vanuatu, but Vanuatu and Tuvalu withdrew their recognition in 2013 and 2014.

DF Watch tried to but failed to get a comment from the Foreign Ministry.