A gay man from Tbilisi: ‘I haven’t told my mother yet’

A gay man from Tbilisi: ‘I haven’t told my mother yet’ 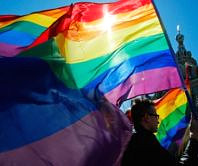 A country in which the Church is a powerful presence, which strongly advocates for traditional values, probably would not be the first place of choice for LGBTQ people. But what if it is your homeland?
88 % of Georgians do not justify homosexuality and only 16 % think that LGBTQ rights should be protected. What does it feel like to grow up and to live in a country, where the society at large thinks that you are not a normal person? I met with Beka (name changed), a homosexual man in his mid-twenties from Tbilisi, to talk about it.

“I was in the seventh or eighth grade, when I realised that I am different from other boys in the class. For example, I was never too interested in discussing girls’ curves and appearance. For them conversations like this gave pleasure, and for me it was simple physiology,” Beka starts his story.

But Beka was trying hard. He even slept with a girl, But this only made him realise who he is. “It gave me no pleasure, and I understood that I am just fooling around.”

Not long after, he started dating men. His first boyfriend was a classmate from university, and later he started using the internet and social media to find potential dates. Fake Facebook profiles, gayromeo.com, gaydar.net, grindr.com — these are the tools which help Beka to meet Georgians and foreigners. “These websites are very popular in Georgia,” he says.

Currently, he is in a long distance relationship with an Australian from Melbourne. They met online, and then he came to Georgia to visit Beka last summer. Now Beka is planning to sell everything he owns in Georgia and move to Melbourne to start a new life together with his partner.

As he is not openly gay, he has never been assaulted by homophobes. “ I am lucky because of that. But I also can not walk hand in hand with my partner, not even mentioning kissing him in public.” And this is what he hopes for in Australia, an open life with his significant other, something he will not be able to have in Georgia.

Beka says, he feels that his country, as well as other post-Soviet part of the world, is very homophobic, and people are not ready to accept differences. “I do not understand homophobes. If you are confident in your own sexuality, you are real heterosexual and love women, so what is your problem?” he adds.

Hasn’t told his mother yet

Even though he is ready to move across the world to live with his partner, only his closest friends know that he is gay. Beka lives with his mother, but he hasn’t even come out to her yet: “But all mothers feel when there is something about their children. I am 99 percent sure, that she understands everything. Sadly, we still do not talk about it.”

Nevertheless, he thinks that Georgia is already changing. “I am not a huge optimist, but I hope that in 10 years there will be a politician who will stand up and will openly say that he is gay,” Beka continues. ”As my friends from Baku and Yerevan are telling, Georgia is changing. We at least dare to talk about homosexuality in the open, and they are barely starting to talk about it in a kitchen,” he finishes on an optimistic note.