75% of murdered women were stalked for a year: Report

75% of murdered women were stalked for a year: Report 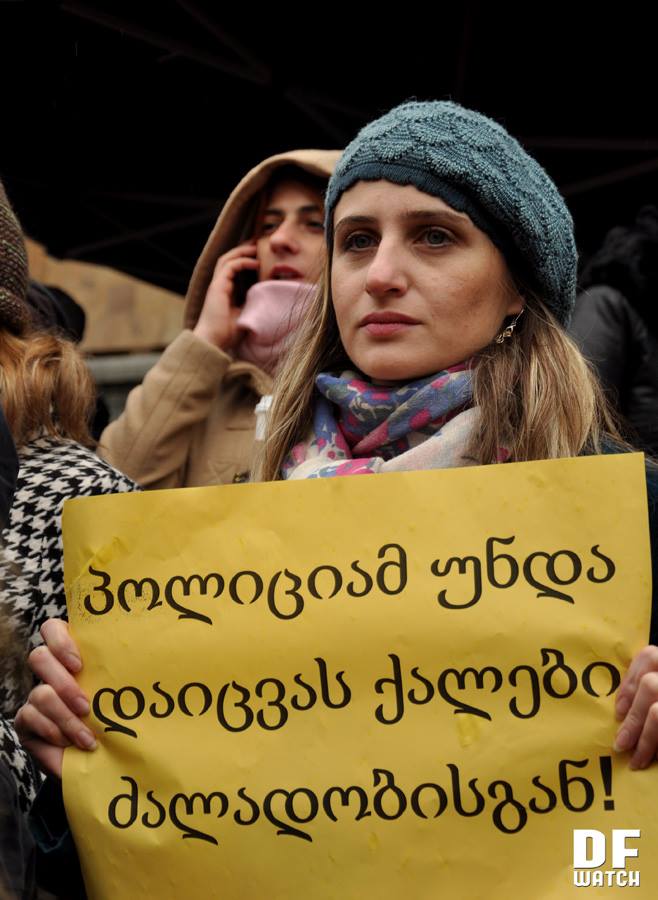 TBILISI, DFWatch–75% of women who are murdered in Georgia were stalked by the murderer for 12 months prior to their death, according to a new report.

This shocking statistic appears in a new report by the feminist group Safari, which urges the government to use its new information to tailor specific measures that may prevent more women from getting killed by their former partner.

This type of crime has a name – femicide – and Safari, a group that works with protecting women’s rights, calls for more recognition of the problem and says the government has an obligation to work on specific measures to combat it.

Presenting the report on Wednesday, lawyer Mari Kurtanidze told an audience of human rights activists and media that the brunt of femicides take place after a divorce (40%).

Kurtanidze said in most cases, law enforcement bodies treat cases as a normal crime, not femicide, and the authors of the report underline that the police lack knowledge about this problem.

“The stereotypes encourage this, as they suggest that the abuser is blinded by love and this way his violence is justified, while people do not want to interfere in the personal life of the couple,” she explained.

People don’t want to admit that such cases are not an ordinary form of conflict but clear cases of violence, and in most cases under grave circumstances.

But not all the murders of women are necessarily femicide, the authors of the report underlined; only those cases when the woman is murdered because of her gender.

Safari’s members now plan to meet with representatives of the Interior Ministry as well as the prime minister in order to present their findings and offer recommendations about how to combat femicides, which they will suggest should be done by learning from experiences in western countries.

Baia Pataraia, one of the members, said they have identified at least 14 femicide cases in the last couple of years in Georgia, but none of them have been qualified as motivated by hatred.

The study was supported by Open Society Georgia Foundation and Women’s Fund. The Georgian version of the report is available here.