50 Yazidis from Iraq ask for asylum in Georgia

50 Yazidis from Iraq ask for asylum in Georgia 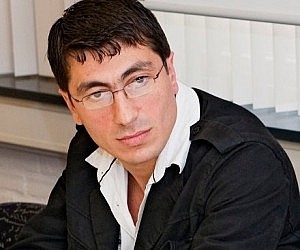 Agit Mirzoev, head of House of Yazidis in Georgia.

TBILISI, DFWatch–Kurdish Yazidis who fled from Iraq are seeking asylum in Georgia.

Agit Mirzoev, the head of House of Yazidis in Georgia, told DF Watch that about 50 Yazidis have come to Georgia and asked the government for asylum.

He said another group is expected to arrive later.

For several weeks, Yazidis in Iraq have been persecuted for religious reasons and been forced to either convert to Islam or be killed.

Their request must now be decided by the Ministry of IDPs and Refugees. This will take time, because if they are given asylum, the government must find a place for them to live and other forms of assistance.

The ministry press office told DF Watch that the procedure may last six months and each application is considered individually. This will involve looking at how dangerous it is for each person to stay in their country, how safe is it to let this person live in Georgia, and how much it is related to political issues. After all these things have been considered, a decision is made.

Mirzoev says that the asylum seekers are currently living in the countryside, at a place provided by his organization.

House of Yazidis in Georgia provides temporary living, food and first essentials and is helping them communicate with the ministry.

He told us Yazidis who are in Tbilisi have certain ties with Yazidis who live in some other place, including those who live in Iraq. More Yazidis who are persecuted in Iraq are expected to come to Georgia, but Mirzoev fears that new and stricted visa rules which come into force in Georgia from September 1 may make it difficult for them to enter the country.

Many of the Iraqi Yazidis don’t have a passport.

“We are working on this issue with lawyers and the government and we hope that we will find a way out in each specific case,” Mirzoev says.