4,000 people in Georgia have had no running water for two months

4,000 people in Georgia have had no running water for two months 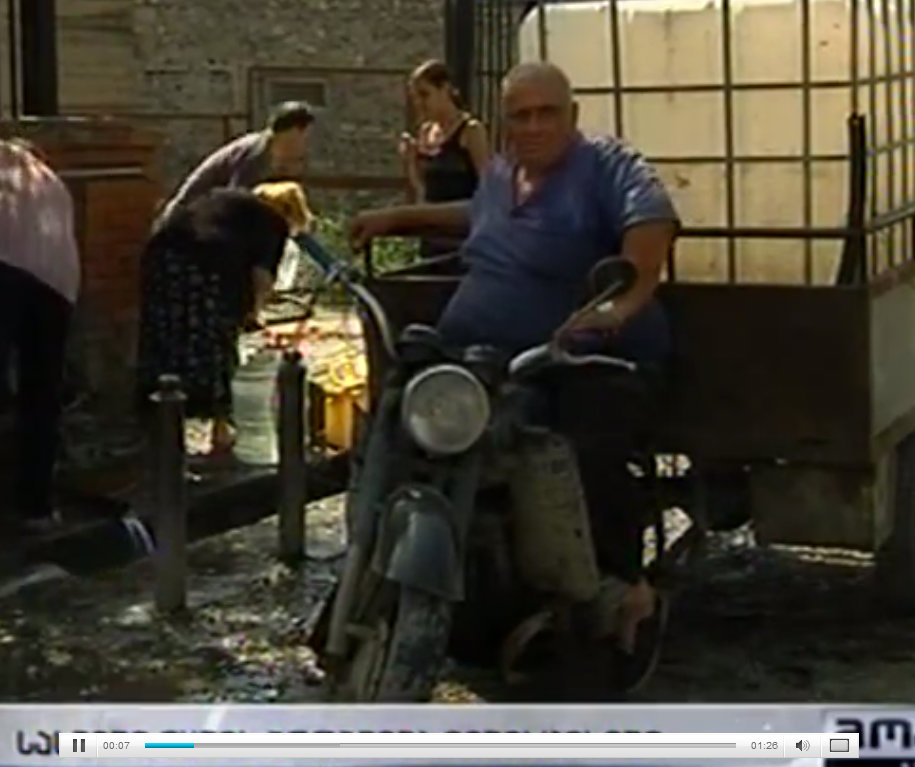 Four thousand people in Velistsikhe in the eastern Kakheti region have to drive their household water from several kilometers away.

TBILISI, DFWatch–People demonstrated on Sunday in a Georgian village where 4,000 people have been without running water for two months.

Locals in Velistsikhe near Gurjaani claim the head of municipality Gia Gergidze is doing nothing to solve the water problem.

They have to walk several kilometers to the nearest well, where there is a crowd and long waiting time.

According to protesters, the new local government promised to solve the problem in two days but two weeks have passed since then and nothing has been done so far.

Gergidze has not made comments to the media.

If the problem is not solved, people warn that they will organize massive protest rallies.

Zaza Jadugishvili, director of the water service in Gurjaani, told the Public Broadcaster’s Channel One (1tv.ge) that the reason there is no running water in the village is drought which made the river Chermiskhevi, which supplies the village, dry up. He could not specify when the problem will be solved.