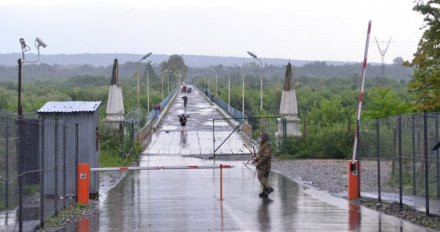 TBILISI, DFWatch–A 29 year-old man has died  under suspicious circumstances while in detention by separatist forces in breakaway Abkhazia. The man was detained earlier for trying to cross the administrative borderline between the breakaway republic and Georgia proper.

The detainee’s death, which Sokhumi claims was a suicide, happened in a Russian military facility in the village of Nabakevi in the Gali district.

The State Security Service of Georgia (SUS) on Tuesday said it was trying to find out the objective circumstances of the man’s death, in a comment to Sokhumi’s explanation, provided via the EU Monitoring Mission hotline.

“According to the information shared by representatives of de facto Abkhazia via Hot Line operational in the scope of the EU Monitoring Mission, the fact of suicide of Irakli f/n Tamazi Kvaratskhelia – a local native, the citizen of Georgia, born in 1990, has occurred in occupied Gali region. According to the provided information, Irakli Kvaratskhelia had been detained by de-facto authorities,” the release reads.

However, the representative of the Tbilisi-based Abkhazia government in exile was quoted by the Georgian media saying that the man was brought to the Russian facility in Nabakevi in a dire health condition. It is still unclear whether he was physically abused during or after his detention, or if his poor health condition was a result of a complication of a natural disease.

Georgia has launched a criminal investigation into the case.

The last few months, breakaway authorities have critically restricted passage through the ABL, which has caused many ethnic Georgians living in Gali to cross the conflict line ‘illegally’, risking being seized by Russian border guards.