217 prisoners in Georgia recommended for pardoning

217 prisoners in Georgia recommended for pardoning 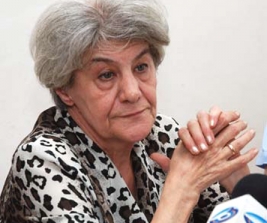 TBILISI, DFWatch–The pardon commission on Friday reviewed the cases of 500 prisoners. 217 were given a positive recommendation.

It has been a tradition for President Saakashvili to pardon prisoners at religious holidays or public celebrations, including August 28, which marks the assumption of Mary, known as Mariamoba in Georgian.

The commission’s session lasted about nine hours. 167 of prisoners who were given positive recommendation will be released from jail, 47 of them will get their sentence reduced to half, while 3 of them will get a lesser reduced sentence.

Among those receiving a positive recommendations were 13 women. 7 of them will be released and 6 of them will have their sentence halved. Three juveniles will leave prison and one will get the sentence reduced to half.

Commission head Elene Tevdoradze told Interpressnews that the pardon commission received more than 1 200 applications, but the majority of the prisoners got negative answers because they haven’t served half of their sentence yet.

Prisoners who are pardoned by the president after getting a positive recommendation by the commission will also be eligible to apply to the president to have their criminal record cleared.