2013 budget to focus on the social dimension

2013 budget to focus on the social dimension 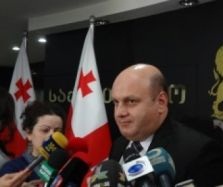 TBILISI, DFWatch — Georgia’s new government has now detailed what its priorities are by presenting a budget for next year of 7.34 billion lari, or USD 4.42 billion, which is USD 335 million more than this year’s budget.

According to the 2013 budget bill, the prognosis for economic growth is 6.0 percent, instead of this year’s 7 percent. Next year, GDP is expected to be USD 17 645.6 million. The budget deficit is reduced from 3.5 percent to 2.8 percent of GDP, while the state debt will be reduced from 36.5 percent to 32.8 percent.

The first draft of the 2013 budget was presented by the previous government. But after winning the parliamentary election, Georgian Dream staffed a new government, which presented a new draft budget to parliament.

The new budget focuses more on the social dimension, agriculture, and strengthening the financing of education, while financing for other bodies, like the president’s reserve fund, the president’s administration, and the security council is reduced, as well as financing for projects to be implemented in the regions and the budgets of local governments.

Ten ministries out of twenty will have their financing increased, while it is reduced for eight ministries and for two it remains the same.

Health Ministry – USD 1.2 billion, while it used to be more than one billion last year; Defense ministry – USD 416 million (USd 407.5 million in 2012). For last three years financing of Defense Ministry was reducing, but now it will increase.

Financing will increase for the justice, prison, refugee, reintegration and employment ministries, while the minister’s office for Euro and Euro Atlantic integration and the office for diaspora issues will received the same.

The president’s administration gets reduced its funding from USD 8.5 million to USD 5.5 million; while the Security Council of Georgia only gets USD 1.8 million, while it received USD 24.7 million this year.

According to the draft budget, financing of local government is reduced, as well as financing for autonomous republics and president trustees in the regions. The city of Tbilisi gets USD 270 million.

Georgia’s Public Broadcaster gets USD 19 million, which is USD 11 million less than in 2012.

The Georgian Church gets USD 15 million, while it had USD 13.7 million this year.

Tuesday, parliament started to review the 2013 budget bill. Finance Minister Nodar Khaduri said that next year’s budget is a social document to take care of people. That’s why there won’t be unreasonable expenses and financing of all bodies were reduced to a minimum.

He said that the final draft of the budget will present a plan of promises by the new government, but at this stage it is already decided that pensions will increase for pensioners of all ages to USD 90, which is equal to the indicator of the current minimum wage.

The finance minister says age difference will be abolished and pensioners of all ages will get the same amount of pension. USD 144.6 million will be necessary to implement the rise in pensions.

According to the Social Service Agency there are 682 000 pensioners in the country. It starts from the age of 60 for women, and 65 for men.

The finance minister remarked that additional sources are being sought for these increased expenditures. At this stage this is done by reducing the financing of government bodies.