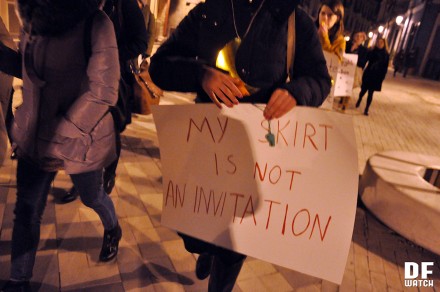 TBILISI, DFWatch–New grim figures from Georgia’s ombudsman show that 13 women have been killed in family violence during the first ten months of 2016.

In some cases, the police were alerted in advance, but did not intervene.

Public Defender Ucha Nanuashvili spoke Friday about the challenges and problems when it comes to violence against women.

There have been more cases of violence this year. More efforts are needed to prevent the violence and provide an effective response in each case.

“The results of our research show that in most of the cases, law enforcement bodies did not evaluate the risk that the crime may be repeated and prepare an individual action plan to provide security for each victim.”

Nanuashvili called on the government and parliament to rapidly ratify the Council of Europe’s Convention about violence against women and family violence. He also called on the Justice Ministry and parliament to define femicide as a separate crime in the Criminal Code. Femicide is when a woman is murdered because of her gender.

According to the Prosecutor General’s Office, there were 28 cases of murder and murder attempts of women in 2015. 16 of these were committed within a family context where the perpetrator was either a partner, ex-partner or a person rejected suitor. In 2014, there were 34 murders of women where the motivation was gender.

The ombudsman also highlighted the problem of early marriage. In 2015, there were registered 116 cases of minors being married. The same year, 408 people between the age of 13 and 17 dropped out of school because they got married.