More than a decade ago, Mikheil Saakashvili got his start in Georgian politics in the Tbilisi city council – before the Rose Revolution and the toppling of Eduard Shevardnadze that brought Saakashvili and his United National Movement (UNM) to power. 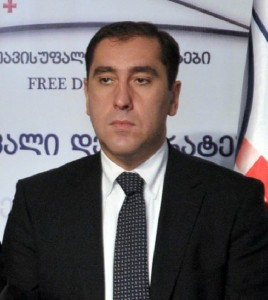 Despite all the changes Georgia has witnessed since that time, back then the capital city’s local government was a breeding ground for democratic change. It was a place where the opposition could make its voice heard. Sadly, that has changed as we now know first-hand. This past Friday, we were both dismissed from our posts in leadership in the council in a party-line vote by the UNM on puzzling pretexts. It was a troubling sign of how far backwards Georgia has slid when it comes to the very democratic yardstick that once made change possible here.

The first reason the UNM-dominated Sakrebulo (city council) said they were stripping us of our posts was our “unclear political activity.” When this suspiciously vague charge only belied their actual motives, the government’s hatchet men changed their story slightly and said we were removed for failing to fulfill our duties in leadership. What did they mean by that? Apparently spending too little time standing and saluting in the council chairman’s office and too much time on the streets of the city talking with citizens about their problems. For today’s unquestionable authorities in Georgia, our “rabble-rousing” was pretty much the same thing as sedition. 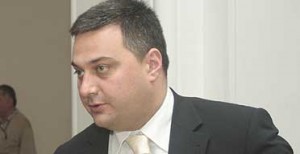 This summer, the Sakrebulo slammed through changes in the trash collection tariffs in Tbilisi, effectively making our sanitation services some of the most expensive in the world. At the time, we opposed the measure, and since then have been pressing for answers on what cost structures justify the onerously-high new fees now being imposed on Tbilisi citizens (some families are forced to pay as much as GEL 60 a month, which is more than half the average pension and more than a third of the minimum subsistence level for survival in modern Georgia). Our official requests for information received no answer. The only answer we got came in the form of Friday’s dismissal.

In the 17 months since the last municipal elections, we have also used our posts to push for a fairer system of health care and social support for struggling families in Tbilisi. We have opposed the privatization of polyclinics, where those who cannot afford health insurance (80 percent of Tbilisi citizens lack adequate health insurance) and new fees for kindergartens, which put additional financial strain on middle-class families who have never before had to pay for sending their children to city-run schools. And we have called for an alternative system of pension support for the elderly, who have a hard time making ends meet on GEL 100 a month. In a relatively short period of time in office, we have not allowed our minority status to limit our efforts to make Tbilisi’s city government work harder. Our activities are detailed in a one-year report we issued to citizens this year – an unprecedented measure of accountability by city councilors. But it seems clear our efforts were not appreciated by those who currently hold a monopolistic strange-hold on power not in Tbilisi, but across as well.

Of course there was another reason for UNM’s action on Friday. Our party leader, Irakli Alasania, has entered into cooperation with Bidzina Ivanishvili, Georgia’s richest man who recently declared his opposition to the government he once quietly bank-rolled. Ivanishvili’s announcement that he has joined the opposition sent a shock-wave through Saakashvili’s government, now accustomed to calling all the shots in Georgia. First they took a number of extreme measures against him, such as stripping him of his Georgian citizenship and raiding the bank that owns. And now they are retaliating by any means necessary against those with whom he has chosen to associate. These not the tactics of a ‘beacon of liberty,’ as Georgia’s government likes to refer to itself in Western capitals. Rather they are a throw-back to the country’s Bolshevik past, which most Georgians would like to bury once and for all.

A storied American politician once remarked that “all politics are local.” If that’s true, what happened in Tbilisi local politics last week is a dark sign for what lies ahead in our country. There is little doubt about what really happened in the institution of Georgian government that is supposed to be the one closest to the people. But UNM’s attempt at a pre-Halloween massacre here will not succeed. We will keep fighting for the people of this city, and for the kind of change of which the city council was once capable.