US to sell Stinger missiles to Russia’s neighbor Georgia

US to sell Stinger missiles to Russia’s neighbor Georgia 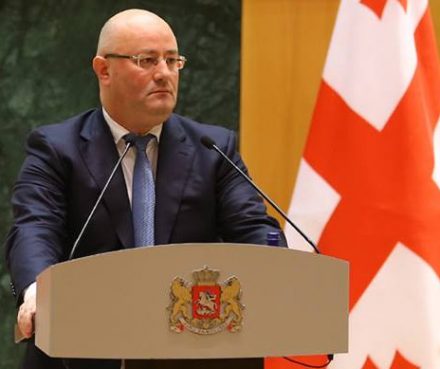 “Georgia will get, along with the Javelins, the latest anti-air tactical systems, Stingers, which has been the wish of Georgia for years,” he said.

A delegation from Georgia’s defense ministry was ‘promised’ to get Stingers during a trip to the US about a month ago, Izoria elaborated.

“This is a kind of recognition of the policy that we maintain in the field of defense,” he said, as he sought renewal of his tenure as a new government is being formed following PM Kvirikashvili’s sudden resignation last week.

On November, 2017 the US Defense Security Cooperation Agency announced that it has made a decision to sell Georgia the portable anti-tank missile system Javelin; a deal estimated to be worth USD 75 million.

The first shipment of Javelins was concluded in January.

The FIM-92 Stinger is a Man-Portable Air-Defense System (MANPADS) that operates as an infrared homing surface-to-air missile (SAM). It can also be adapted to fire from a wide variety of ground vehicles and helicopters. Many analysts argue that delivering Stinger systems to the Mujahedeen during the Soviet invasion of Afghanistan in the 1980s was a turning point of the war which led to Moscow withdrawing from the war after significant loss of aircraft and helicopters.