UNM to rally to stop Supreme Court ruling against Rustavi 2

UNM to rally to stop Supreme Court ruling against Rustavi 2 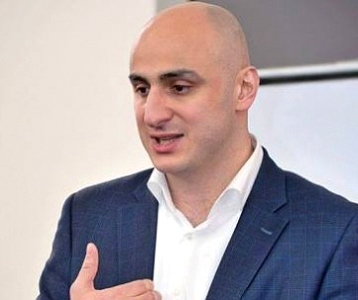 TBILISI, DFWatch–Activists from Georgia’s former ruling party are rallying in Tbilisi on February 10 in order to prevent the Supreme Court from ruling against the top people in the largest opposition TV station.

UNM’s Nika Melia said on Wednesday that the party of ex-President Mikheil Saakashvili has received information that the Supreme Court will issue its decision sometime February 10 and 15, and holding such a rally is meant as an act of solidarity with the judges who, according to the UNM narrative, have been under constant pressure from authorities to silence the biggest opposition media outlet in the country.

Nika Melia did not specify what his sources are for this information.

He called on supporters to join the rally on February 10 to protest the violations against the independence of the courts.

A few days ago, two Supreme Court judges said they have been subject to pressure in the Rustavi 2 case. The Prosecutor’s Office (POG) claims they complained to law enforcers about supposed psychological pressure from a former deputy chief prosecutor, Davit Sakvarelidze, who lives in Ukraine and is one of Saakashvili’s closest allies.

The opposition and Rustavi 2’s current management claim the pressure comes from the State Security Agency (SUSI), which is also responsible for producing false evidence against Davit Sakvarelidze.

The Supreme Court is to decide a private lawsuit against Rustavi 2 filed by one of the company’s former owners, Kibar Khalvashi, who claims he was forced to give up his ownership of the TV company during the Saakashvili presidency. He won in Tbilisi City Court and also in Appeals Court.

If the businessman wins the case in the Supreme Court, which is the final recourse in the country’s judiciary, he will take over the company and put in place a new management.

Khalvashi has been accused of acting on the orders from and being backed by the authorities; winning the lawsuit might therefore mean that Rustavi 2 loses its editorial independence, according to UNM and some analysts.

Rustavi 2 is a strongly supportive of Saakashvili’s party and a critical voice against the government.