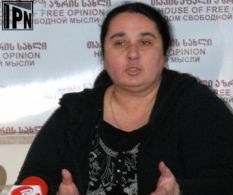 TBILISI, DFWatch – Friday evening there was a rush of postings on Facebook and Internet forums saying that a special unit had raided the prison in Gldani, in northern Tbilisi, beaten the prisoners, resulting on two deaths.

It started Friday evening when two Facebook users reported that a special unit had entered No 8 correctional facility in Gldani. They also said that the information was not officially confirmed.

Representatives of an opposition party and pressure groups, lawyers and the ombudsman arrived at night, but for hours no more information was reported.

On the most popular Internet forum in Tbilisi, locals living in Gldani wrote that they had noticed something was going on.

“I saw how a special unit approached the jail, and nothing more. It happened around 19:20 in the evening. About 15 jeeps and two or three minibuses,” one user wrote, adding that when he looked into the cars he saw persons with weapons.

Another user wrote that his house is right in front of the jail, but no suspicious movements were observed.

One more user from Gldani wrote she heard noises like shooting.

“I thought it was noise from the backyard, children playing or something. I hope it was that.”

Nana Kakabadze, leader of the organization Former Political Prisoners For Human Rights, also came to the Gldani prison yesterday. She says she has suspicions, but cannot confirm anything yet.

She says that considering the terrible situation in Georgia’s prisons, and especially in Gldani, it’s not excluded that such a thing really happened, and maybe the reports in social media are not made up.

“When we arrived at place, suspicious movements were observed, also cars, but we personally haven’t seen any special units.”

Late at night, the Public Defender’s office released a statement, which said that their representatives were at No 8 correctional facility at around 00:30 and observed each of the buildings in the prison.

“The facility is functioning normally, and there are no signs of mass disorder or any other incident.”

The ombudsman called for people to avoid reporting this kind of information without checking it, as it may cause anxiety in people who are in detention or arrested, their families and relatives.

But Kakabadze says she suspects that the ombudsman’s representatives did in fact not inspect Gldani prison. She says no one has seen them entering or leaving, and they were standing there looking for them, together with family members of prisoners.

The Ministry of Corrections and Legal Assistance called the claims of prisoners being beaten a lie and categorically denied it.

“It’s a pity certain subjects release such lies in order to deliberately mislead people and they do not take into the situation of family members of prisoners.” the short statement says.

Lawyer Gela Nikoleishvili was also outside Gldani prison yesterday and told journalists that the reports about beatings are exaggerated, but he cannot say that nothing happened there.

He was at Gldani until 03:00 and says he too observed unusual activity like many cars moving about.

“There may have been an incident involving several prisoners, and maybe during beating some have died,” he says, but adds that nothing will be confirmed until Monday, when lawyers get access to the prison.

Kakabadze agrees. There is no new information about yesterday’s possible incident, but she says it’s necessary to wait until Monday to find out more; until then, nothing can be done.

The situation in Georgian prisons has been repeatedly criticized by local human rights groups and lawyers, and by the international community. The problems in the prisons was one of the ombudsman’s main human rights concerns in his latest annual report.