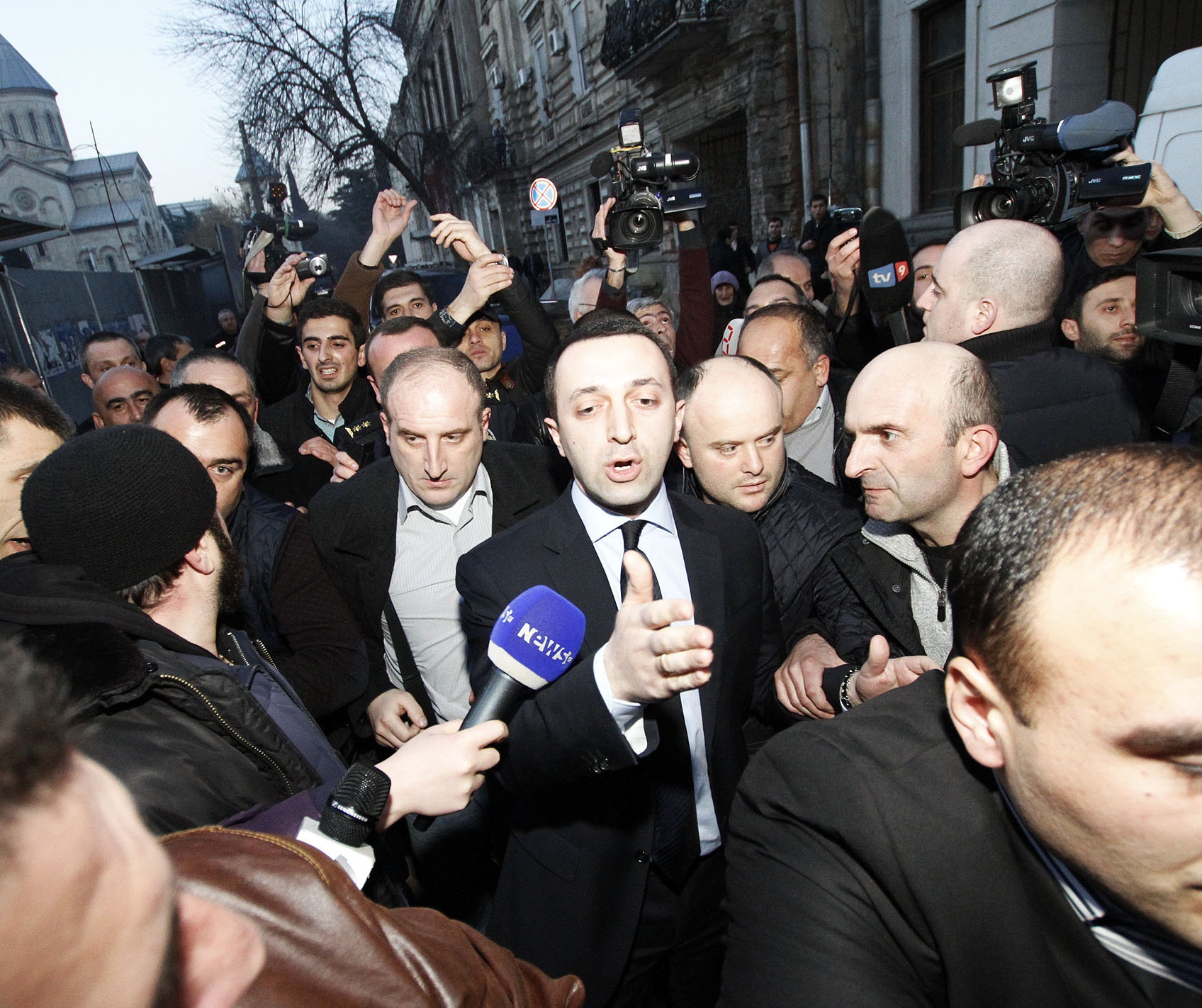 TBILISI, DFWatch–Georgia’s Prosecutor’s Office asks Tbilisi City Court to impose pre-trial measures against Gela Mamaladze, the man who is accused of beating opposition members outside the National Library on Friday.

Mamaladze is accused of beating member of parliament Chiora Taktakishvili, Sergo Ratiani and Giga Nasaridze during the clashes, which happened just as the president was planning to hold a televised address to the nation. The tension outside the building caused the event to be postponed and moved to a different location.

The suspect is investigated under section 239 of the criminal code, which is about hooliganism.

Police detained three persons accused of hooliganism at the National Library Friday. Two of them were fined USD 60 and released.

Due to the high public interest, criticism of the opposition and government opponents, the court made an additional explanation today about Melor Vachnadze and Misha Meskhi, two who were detained for petty hooliganism. According to the statement by Tbilisi City Court, after reviewing the case it was revealed that the two insulted and resisted police.

But the parties did not present additional evidence which could prove violent actions, and the court therefore released them and issued them the largest possible administrative fine.