Three detained as anger boils over outside Akhalaia trial

Three detained as anger boils over outside Akhalaia trial 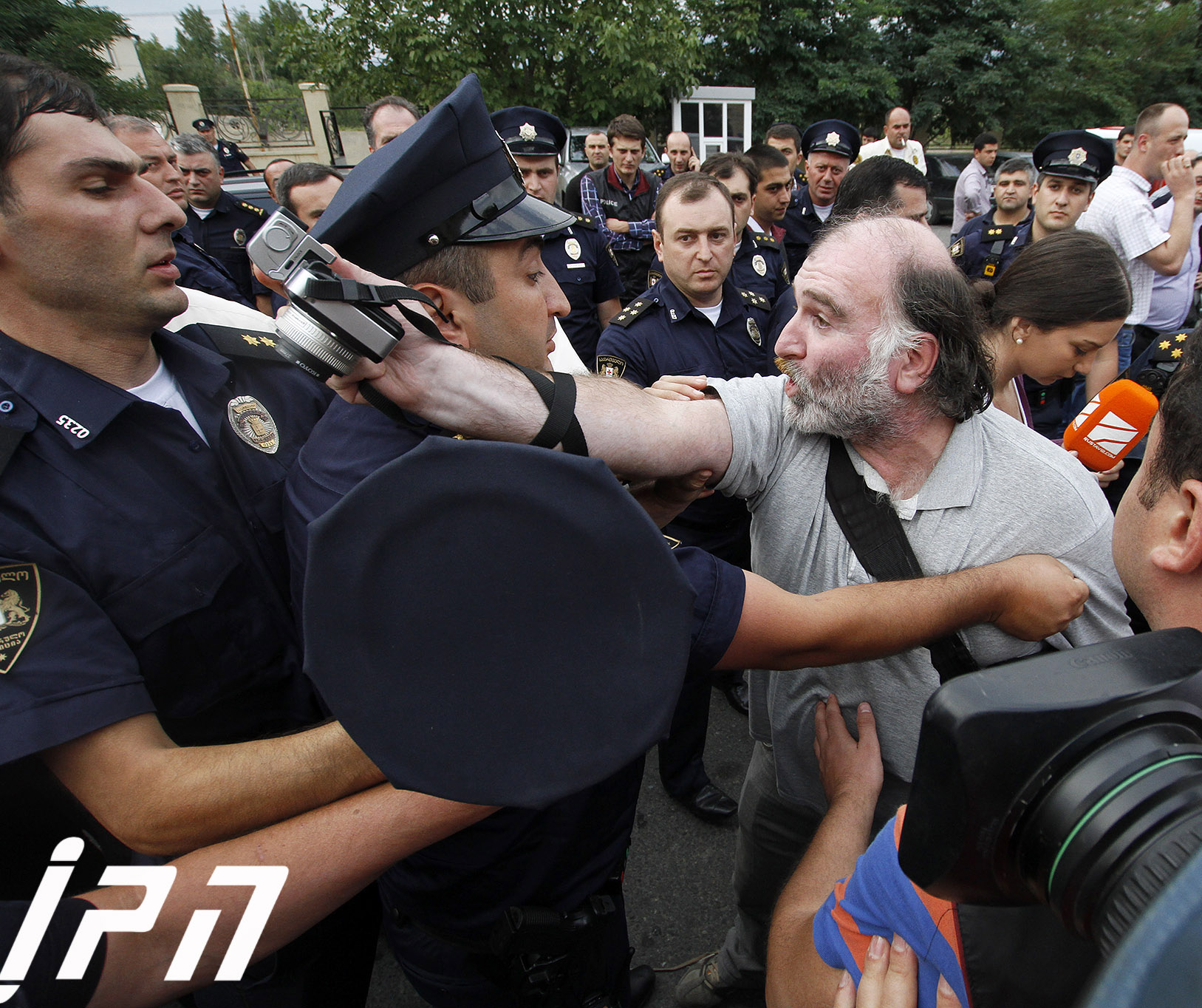 Crowds awaiting the verdict in the case against Bacho Akhalaia. Many see him as responsible for the prison torture. (Interpressnews.)

TBILISI, DFWatch–Three people were Tuesday detained at a rally outside Tbilisi City Court where the case against ex-minister Bacho Akhalaia went on.

In a few days, the court will announce its verdict in the final case against Akhalaia which deals with torture and illegal deprivation of freedom.

During all of Tuesday, there was a rally outside of the court building, with people waiting for the hearing to finish. Among the detainees was Giorgi Gabedava, a member of the National Front, which is mostly known for holding ‘anti-gay propaganda’ rallies in recent months.

When the hearing was finished those who attended the hearing came out in the yard where protesters started whistling and shouting, which was followed by verbal and physical confrontation.

As Gabedava was being taken into a police car, he told journalists that Akhalaia’s lawyer Giorgi Oniani had hit him, but he was detained instead of the lawyer. Later iReporter posted a photo showing the incident. But Gabedava remains in detention, as well as Onise Gergedava, who is a member of the organization Free Zone, which supported Akhalaia.

The verdict in the case about torturing seven special unit employees will be announced in a few days. Bacho Akhalia, the former defense and interior minister, was charged with several other people for torturing special units employees for having a different political opinion.

At Tuesday’s final hearing, Akhalaia said he hopes the court will find him innocent, as well as the others who are charged. He called his co-defendants ‘successful soldiers’ who remain in detention only because of him. The former minister said the charges are groundless.

Bacho Akhalaia is one of Mikheil Saakashvili’s closest allies, and has served as prison, defense and later interior minister. His name is associated with a prison riot in 2006 and many accused him of being one of those who introduced a culture of torture and mistreatment in the prisons.

Western audiences have come late to the realization of how deeply Akhalaia has been resented among his countrymen exactly because of the prisoner torture, as Western media, as well as European and American justice reform advisers, for many years tended to agree with the Saakashvili regime’s positive spin on what was happening, and consequently didn’t take the problem of prisoner mistreatment seriously.

After the prisoner abuse videos were published less than two weeks before the parliamentary election in October 2012, documenting physical and sexual abuse of prisoners, it opened the floodgates to a problem that could no longer be swept under the rug, which Akhalaia has come to be seen as the symbol of.

He left the country after the National Movement lost the parliamentary election. When he returned weeks later he was immediately detained. He faced charges in several cases and was acquitted in two of them.