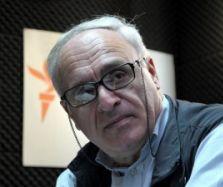 As for many things in Georgia, the fate of sociology is dramatic in Georgian politics, writes Ramaz Sakvarelidze, political commentator.

The culmination of this drama was the so-called exit poll on election day in 2008. The results of this survey were nearly identical to the final results, where Mikheil Saakashvili retained the presidency with 53 per cent. There were a lot of violations too; but even though the OSCE representative made critical remarks, other observers considered the election procedure satisfactory. In addition, before the final results had been counted, and only on the basis of the exit poll, U.S. President George Bush congratulated Saakashvili on his victory. People became distrustful towards election results and started planning a number of large-scale protests, also protesting against the exit poll, western observers and the impartiality of the USA. Suspicion towards sociology was strengthened, as two of the exit poll organizers were later appointed as ministers, one of them is currently the Ambassador of Georgia to the U.S.. People perceived this as reward for sociology falsification.

Later there was frequently published results of sociological surveys ordered by the U.S. organizations IRI and NDI. As a rule, their results were fitting into the frames of the government’s policy and were different from the results of the ‘non-governmental’ group of sociologists. The most suspicious thing was that these organizations refused to publish the full data and the most politically important information – the political ratings — was ‘leaked’ to society and the above mentioned organizations didn’t take responsibility for it. All this increased the social distrust towards specific data, but generally towards sociology. By the way, one of the chairs of IRI was also later appointed minister.

The political situation became especially tense in autumn 2011, after the Georgian billionaire Bidzina Ivanishvili expressed his desire to participate in the upcoming elections. Everybody sobered, including sociologists. IRI and Georgian Development Research Institute conducted surveys (the latter was done by Institute of Social Studies and Analysis, head of which is Professor Iago Kachkachishvili) independently from each other. GDRI published its survey results in detail. The IRI’s results were leaked. There were similarities and differences. Saakashvili’s party was leading in both surveys and was followed by Ivanishvili, with other parties almost disappearing, but the difference between them was great in IRI’s data; and it was very small in the Georgian survey. According to information released then, the Georgian group’s survey was financed by Ivanishvili. The GDRI and Institute of Social Studies and Analysis publicly appealed to IRI and NDI to review their results in order to restore trust towards sociology; to unify standards and insert certain formulation question in future rating surveys of these three institutes. The “U.S.” Institutes rejected this proposal, which is really an unexpected position for a decent researcher.

Just to consider this common background it is possible to adequately understand the criticism which came from society and the opposition to another ‘leaking’ of NDI survey conducted in March 2012. On the webpage of the news agency Interpressnews (IPN) there is still an online survey: in your opinion, does the latest NDI survey fully reflect reality or not?

First of all, the reason is what we already mentioned: that the results aren’t fully published, they’re hidden. 70 per cent supports to restore Ivanishvili’s citizenship in the published part. The ‘leaked’ part says only 10 per cent is going to vote for Ivanishvili’s party, while 47 per cent for Saakashvili. On what motive does the rest 60 per cent of 70 demand to restore his citizenship, without voting for him in the future? It’s less reliable. It may be assumed that the rest avoided answering. Are the results trustworthy, when one third of the respondents avoided answering? May it indicate procedural violations which caused distrust among respondents? And these results significantly differ from the above mentioned previous results (36 to 32 percent) while nothing much happened on the political arena during this period; specifically, nothing favorable for the government. Distrust is increased by NDI’s chairperson’s frequent visits in media, non-convincing answers to the questions and stubborn refusal to cooperate with anyone. Since 2008, as events developed in the country, there was a growing sense among people that the National Movement is preparing the grounds to legitimately falsify of the upcoming elections with the help of the US institutes close to it: the IRI and the NDI.

Now there appeared an official appeal by Ivanishvili’s group to the U.S. Ambassador, requesting the American institutes not to conduct more researches before the election. It’s hard to say whether this step is the best way out of the current situation. Saakashvili even picked up this possibility and stated that there should be conducted as many surveys as possible. Maybe requesting transparency would be more appropriate, but this group decided to honestly express its own suspicion. Parties suspect that the American institutes are partial. Society suspects it too. How fair this suspicion is, the elections will show, but in what direction this distrust and distortion will go, is hard to tell.