Socially Dangerous Elements – Past and Present

Socially Dangerous Elements – Past and Present 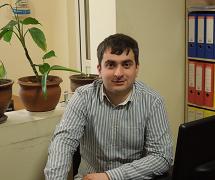 David Jishkariani is researcher at the Institute for Development of Freedom of Information (IDFI). He has a Master's degree in Russian from Tbilisi State University.

On February 29, 2012, during a debate in Parliament, President of Georgia Mikheil Saakashvili referred to a former pupil at Tbilisi Public School #53 as a hooligan, writes David Jishkariani is researcher at the Institute for Development of Freedom of Information (IDFI).

The President reposted a boy, who “barely hit the director and then said: if I don’t study at Vake (district in Tbilisi), I will not study at all. I remember this story very well, because this already is an exception. These kinds of hooligans were ruling Georgian schools and Georgian classes 10 years ago. Today our children go to school and we have no fear of them being stabbed during break, like several years ago,” Saakashvili said and noticed, – “while I am in charge, I do not want criminal back to Georgia and Georgian schools, I want 100% safe schools”[1]

On March 2, 2012, during a meeting with students, the president reported that “there is an ongoing battle between mentalities”[2] “Georgia was the only country, that underwent changes and even foreigners admit (notice) it. The mentality was completely changed. Ongoing changes in Georgia are a step from the third world to the first world.”[3]

Can the president calling a school child a hooligan, without verdict of court, be considered a mental revolution and a step forward? Does he mean this type of mental revolution? According  article 239 of the Georgian Criminal Code, hooliganism is an action, violating civil order and expresses evident disrespect towards the society by violence or the threat of violence. According to this accusation Mikheil Aleksidze is highly dangerous person for society. Though, a question occurs to our minds: how correct is the rejection of a school boy from society by the direct accusation of the president and without a court decision? The same kinds of facts would take place in the Soviet Union too and they have never been released.

If we take the examples from the Soviet epoch, for the leaders of the “country of soviets” and the officers of NKVD[4] the most unwelcomed people were “socially dangerous” elements. Not only the criminals were identified to this term, also those, who were keeping relations with criminals, including children, noticed to be committing criminal. In 1935, special labor colonies and work camps were created to keep these children isolated from society. Violators of passport and residence law were also called socially dangerous elements. In 1935, according to the joint regulation of police and Prosecution Service these part of the society was considered as a part of criminal world, unfortunately not only those who really were parts of criminal world, but also those who were noticed to be connected to the criminals. Homeless children, taken from streets were also part of this category. Such kind of categorization was increasing the rights of State Security Service employees and the camps were full of children which were sacrificed by the state.

The Soviet attitude towards children should have been forgotten, but unfortunately the result is the opposite. “Zero tolerance” politics includes school children too. The Ministry of Education and Science of Georgia created an institute of so called “Mandaturs’’ (School Resource Officers) according to the concept of safe school. Before starting their work, they are having special trainings at Police Academy and they have wide authority.  With the principle “not to be repeated the same by others’’ the case of punishment of pupil is resolved on a high level by the president, ministers and parliament.

The proof of this is the incident which happened on February 29, 2012, during the  parliament debate, when President Mikheil Saakashvili referred to the former pupil of Tbilisi Public School № 53, as a hooligan, deputies agreed with him and expressed  their attitude with applauses. One of the leaders of the parliamentary majority, Akaki Minashvili reported “main interest is to give opportunity to children to get normal education, if a person commits a crime, it doesn’t matter who this person is, one is responsible for it” [5] and he mentioned that ’’no one can change’’[6] the main postulate, which was lead by the state after 2003.  On the second day, the representative of Ministry of Education and Science explained and stated that, there are several schools, which are ready to take the excluded pupil.[7]

The president’s speech gave rise to non-homogenous reactions in society. But unfortunately, it’s still a fact that the president is referring to the pupil as a hooligan, without verdict of court.  Therefore talking about mental revolution and progressive step is untimely and it is only “obstinate and astonishing blindness’’[8].