Sexuality conference goes ahead without incident

Sexuality conference goes ahead without incident 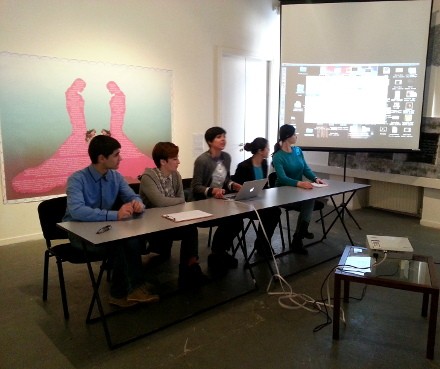 TBILISI, DFWatch–A conference about sexuality went ahead without interruption in Tbilisi on Wednesday, despite an announced protest by conservatives.

The conference was organized by Identoba, a group which works against discrimination on the basis of sexual indentity, and was held at Europe House, targeted at a student audience.

The event was heavily guarded by police, and participants had to enter through the side entrance. Identoba spokesperson Anna Rekhviashvili told DFWatch that the extra security measures were because a group of conservatives were planning a protest in front of the building.

The conservatives tried to mobilize on Facebook and were planning to form a ‘corridor of shame’ that the participants would have to go through, but when DFWatch arrived in the morning, the only sizable crowd outside was the police, as no protesters showed up.

One of the protest organizers, Beka Tskhadadze, was also involved in organizing an anti-gay rally on May 17, 2014.