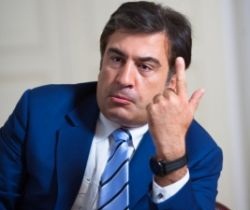 TBILISI, DFWatch–President Mikheil Saakashvili has vetoed two law amendments passed by parliament as part of an effort to reform the justice system.

One bills is about new rules for staffing the High Council of Justice, while the other one has to do with restricting the rights of an accused to choose a jury trial.

In the first case, regarding the law about staffing the High Council of Justice, the president thinks that ‘parliament refused to take into account one of the most principled positions of the Venice Commission, as it is not about a theoretical model, but the real context in which this amendment is being implemented,’ said Andro Barnovi, the new head of the president’s administration, on Tuesday. He is a former trustee in Shida Kartli region.

Parliament recently passed a package of law amendments which government members say is done in order to de-politicize the court system. Following the changes, the president and the executive government won’t have the right to appoint their own members to the High Council of Justice, which manages the courts in Georgia.

The Chairman of the Supreme Court will not be able to hold the position as Head of High Council of Justice anymore.

Representatives of Saakashvili’s National Movement party are opposed to these amendments and have asked the president to use his veto powers, because adopting the full package will mean that current members of the council will have to leave, which MPs think is unacceptable within the current political situation in the country.

Barnovi said that the Venice Commission considers that important function of the High Council of Justice is to protect judges from political influence, and therefore it would be wrong to allow a complete change in how council members are selected.

Barnovi noted that the new amendment will lead to the dismissal of 13 out of 15 council members.

“The recommendations of the Venice Commission were not taken into account here and the prime minister was once again reminded about this during his address in PACE,” he remarked.

The next amendment passed by the parliament is about restricting the right of a defendant to choose whether to be tried by jury or not.

“According to the draft, the Prosecutor’s Office will make this decision instead of the defendant. Members of civil society think that the draft involves additional risks in regard to the proper implementation of justice,” head of president’s administration underlined.

Under Georgian legislation, the president’s veto may be overturned by parliament.

This happened after Saakashvili vetoed a mass amnesty in the end of 2012, which ultimately came into force.