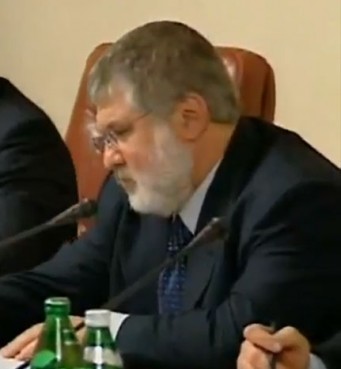 TBILISI, DFWatch–Georgia’s former president Mikheil Saakashvili, who now serves as a governor of the Odessa region, says oligarchs are the foremost obstacle for Ukraine’s nascent statehood.

“Ukrainian oligarchs, just like Putin, prevent the formation of the Ukrainian state, and represent a major breeding ground of political corruption. They have earned all the money due to the weakness of the state and will do their best in order to keep it weak forever,” Mikheil Saakashvili posted on Facebook on Sunday.

“(One) Oligarch offers to euthanize me like a dog… After unsuccessful attempts to bribe or discredit me, switched to the latter scenario, a well-known for oligarchs – direct threats. I think Ukraine’s people will soon point that utterly insolent remnants of bandit decades their place,” Saakashvili posted evidently in response of the earlier statement made by his bitter rival, one of Ukraine’s richest man, Igor Kolomoisky.

“When a dog without a muzzle bites someone, both, the dog and, importantly, its owner, should be punished. Dogs are euthanized in such cases. But in our case, you can send it by cash on delivery to Georgia, where it will be put responsible for bitten people there,” Igor Kolomoisky said on “1+1” TV channel, referring to the ongoing criminal investigation against the former president in Georgia.

The latter remark came as a response to the previous statements by Saakashvili regarding situation in the country’s air transportation.

Earlier, during the meeting at Ukraine’s Ministry of Infrastructure, Mikheil Saakashvili accused Ukraine International Airlines, owned by Kolomoisky, of corruption and illegally monopolizing  Ukraine’s air transportation service. The accusations have been vehemently denied by Kolomoisky and he stated his intentions to sue Saakashvili in the courts.

Igor Kolomoisky, the second richest person in the country, is regarded as one of the most powerful person in Ukraine, effectively controlling scores of private security firms and having his people infiltrated into the state bodies. During military activities in Ukraine’s East, Kolomoisky formed and equipped several combat battalions, which played an important role in the hostilities.

Native of Denpropetrovsk, an industrial city in central Ukraine, Kolomoisky, 52, served as a governor of Dnepropetrovsl Oblast, but was sacked after his confrontation with President Poroshenko went out of control amidst scandal over Ukranafta.  http://www.bbc.com/news/world-europe-32045990