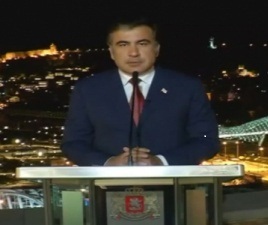 President Mikheil Saakashvili says the reform of Georgia's prisons has been a total failure, after videos of prisoner abuse were aired on TV. The European Union as well as Norway has spent millions on improving conditions. (IPN.)

TBILISI, DFWatch – The Georgian president admits that Georgia’s prison system is a complete failure and needs to be repaired.

Mikheil Saakashvili Wednesday instructed his prime minister to take responsibility for reforming the system and ensure the safety of prisoners.

The president’s statement comes in the midst of an outbreak of spontaneous protest in many parts of the country, after the airing of video clips that show prisoners being subjected to beatings and severe sexual humiliation.

After the shock footage was aired, the prison minister has said she will resign. But Khatuna Kalmakhelidze had not yet resigned Wednesday at noon, as she attended the meeting at which Saakashvili’s comments fell, together with Prime Minister Vano Merabishvili, Justice Minister Zura Adeishvili and the Chief Prosecutor at the president’s residence in Tbilisi.

Saakashvili said the system is a failure even though those who conducted the abuse shown in the videos were instructed to do so by prisoners.

After the shocking videos were aired, the interior ministry claimed that prison staff had been paid to enact scenes that were staged in order to discredit the government ahead of the parliamentary election on October 1.

“I’m sorry, but it indicates what the situation is now in the prisons. ‘Thieves in law’ [mafia bosses] can no longer manage the situation, but what happens there in fact. Our response should be more extensive that just arresting these people,” he told law enforcers.

Mr Saakashvili said first of all the system should be overhauled.

Vano Merabishvili has been instructed to overlook the system.

“The situation is way more serious than is the competence of the Chief Prosecutor. The penitentiary system needs to be totally abolished and formed again, reshuffled. It should happen just like it happened in the police.”

The president instructed Merabishvili to put aside all his other business at the moment to focus on this issue.

«Today I take the responsibility that from today on I will be responsible for the safety of every prisoner. The rights of these people will be defended. There was torture practice in police for years and we got rid of it. I guarantee that this body will become such that Georgia deserves and people’s trust in this body will increase. I will implement fundamental changes in the next few days,” Vano Merabishvili said.

The Georgian president instructed representatives of law enforcement bodies to bring police into the prisons.

“This is not the function of police, but it’s an alarm situation and until we have fundamentally renewed everything we will take this temporary measure.”

He said everything should change in these facilities, including expansion of probation system in order to unload prisons. He also says that the prison system should become maximally open as what happened is always caused by closed systems.

The president also gave instructions to appoint video dates for prisoners in order to calm their relatives down that they are healthy and no one physically touched them.

At 18:00 on Wednesday, police entered Gldani Prison, officially known as ‘Prison Number 8’. Later the police entered in all the prisons in Georgia, according to Shota Utiashvili, one of the Prime Minister’s spokespersons.