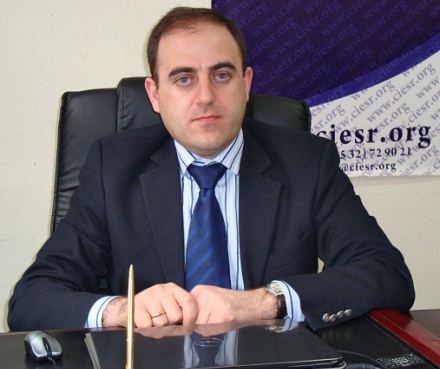 Georgian government October two presented draft for state budget adjusted to the interest of the United National Movement to the Georgian parliament. But now election winner Georgian Dream awaits the draft in parliament. This force’s election promises is radically different from the United National Movement promises. That’s why new ruling force faces challenge to amend the budget. Term to approve amended budget draft is by the end of December, until new finance year starts.

Budget draft of 2013 is mainly built by widen structure of 2012, that’s why it misses details in both income and expenditure parts. Income part doesn’t provide all sorts of income, from which the budget will receive money and revenue types are partly enlarged. Each program and project, which ministries should implement, isn’t presented in expenditure part and in major part there are enlarged expenditure trends. That’s why budget needs to be in more details and be transparent. Expenses of ministries used to be more detailed earlier than it is in budget draft of 2013. Only healthcare and education ministry expenses are presented in more details in this part. Expenses of other ministries are divided into several sub-directions and doesn’t provide full picture of spending policy.

It is impossible to simply compare budgets of 2012-2013, because budgets of 2011 and 2012 are attached as appendix and is not put side by side. But this is technical issue and not an essential question.

Total income of 2013’s budget increases with 180 million lari (only by 2.5 percent) compared to 2012, while economic growth is predicted to be 6 percent. However in some directions incomes are reducing:

Budget expenses of 2013 compared to year of 2012 increases with 333.9 million lari (4.9 percent), which means that growth rate is higher than rate of increasing income. This increases amount of budget deficit.

Amount of labor compensation in public sector will increase by 42.3 million lari (3.7 percent). Amount of awards aren’t presented separately and are still depended on chair of certain bodies to give away premium salaries, which is subjective approach. In addition, if there are small regulations, it is possible to implement exception by agreeing with the state (paragraph 7 of article 24).

Government completely refuses to provide expenses like general hospital services. This expense was defined with 20.5 million in the year of 2012.

Government plans to take state debt in amount of 816 million in total, 716 out of it is foreign debt, while 100 million will be internal debt. Government planned unprecedented amount of foreign debt – more than one billion lari in 2012. Major part of this debt is already received and spent. Total amount of foreign and internal debts taken on state guarantee by the end of 2013 will be 9.6 billion lari. In 2013 government should pay 665 million of foreign and 148 million internal debts. This means that quite large part (10.5 percent) of budget income will be spent for paying debts, which will decrease possibilities of spending.

Appendix of the program budget is formal. For example we can name program 27 07 – ‘coordination and monitoring of tourist, investment and infrastructure projects.’ Description and goals of program is general, while expected results aren’t specified; measurable indicators aren’t provided, which would enable us to evaluate whether goals were achieved or not. Program 26 05 is the same – ‘supporting IDPs’, program 22 00 – ‘supporting reintegration and re-socialization’, etc. Vast majority of goal programs are quite general and dry, no numbers are seen there.

Georgia’s new government faces many challenges in regards of budget of 2013: first of all they should carefully and in details calculate total income, then will have to ‘tighten belts’ and then carefully define and distribute expenses in accordance to priorities named in their program.