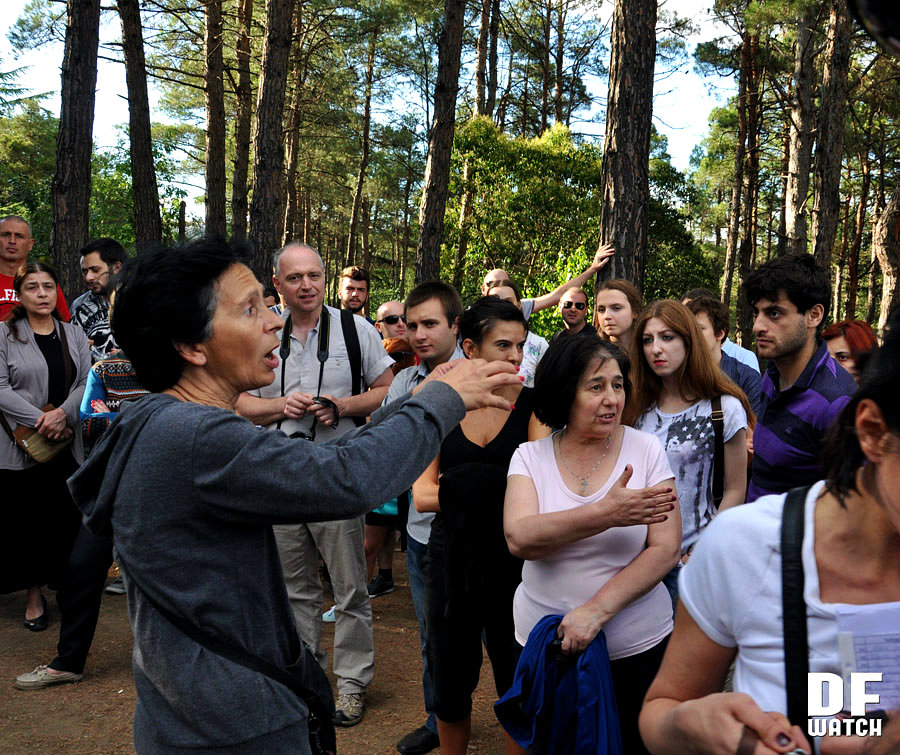 Demonstrators want to preserve the area as a recreational zone. (DFWatch photo.)

TBILISI, DFWatch–A rally was held on Sunday to protest the planned construction of a new restaurant at Turtle Lake in Tbilisi. Demonstrators say it will destroy a recreation zone.

The demonstrations started in late July, when there was first put up a sign saying that construction was about to start.

At first, workers started to remove seedlings, which caused environmental activists to protest, and work was suspended for a while. 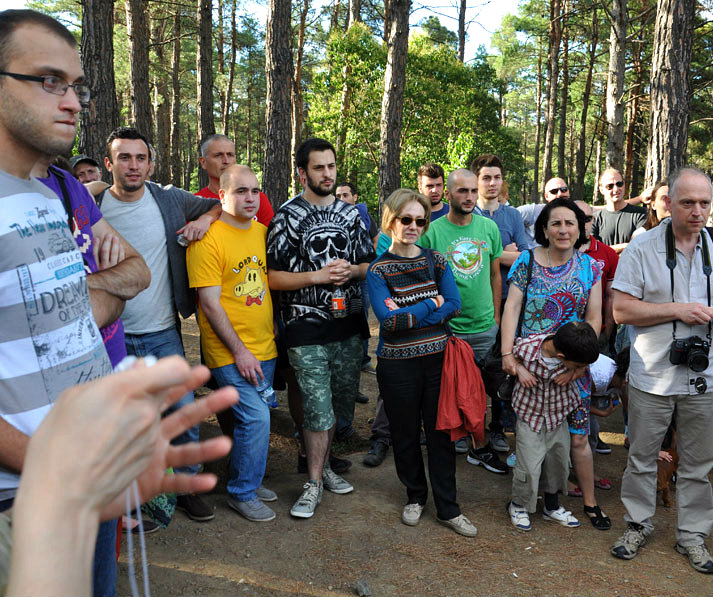 The restaurant is being built by Koloriti Ltd. Representatives of the company claimed that their workers have a right to remove seedlings because they have permission from Tbilisi City Hall and according to this agreement, seedlings are not to be damaged, but instead moved safely to another place.

“This is a public area, this belongs to people, and the fact that Tbilisi City Hall sold it to a private company is already a crime,” Architect Zurab Bakradze, who participated on Sunday’s rally, told us.

“These people came here because this place belongs to them. We should take care of our environment, and the government, Tbilisi City Hall, must take care of the city.”

The area was bought July 19, 2011 by Otium LLC for 650,000 lari, and recently it was announced that the company was planning to construct a restaurant on the site. Otium is owned by two companies, where one of the shareholders is Archil Gegenava, a member of parliament from the National Movement party.

Later Tbilisi City Hall issued a statement saying that people have incorrect information regarding the project, as no trees will be cut or has been cut on the spot, but only bushes are moved to another site, and when construction work is finished the area will be replanted with additional plants.

“According to the contract, the investor is obliged to organize an entertaining place for children and families, a recreational zone for rest,” the statement reads. It also says that the project is not illegal and that it is being implemented without any violations.

About 40 people came to today’s protest. On Wednesday there is planned a larger rally at the government office to demand environmental protection all over the city and a stop to tree-cutting.