Protest in Tbilisi for better protection of workers’ rights

Protest in Tbilisi for better protection of workers’ rights 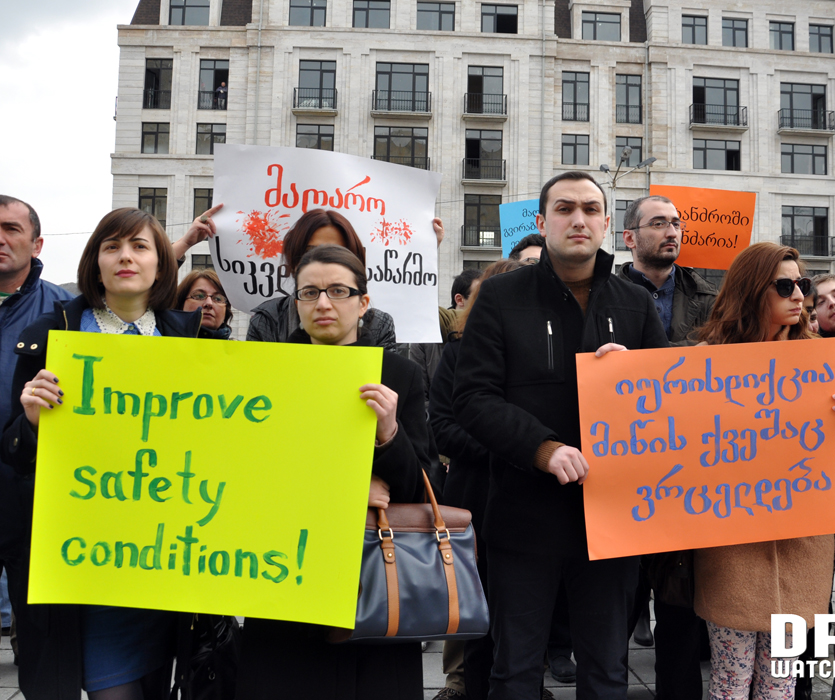 TBILISI, DFWatch–Several hundred people gathered outside the government building in Tbilisi on Friday to demand better protection of workers’ rights.

Workers are on strike several places in Georgia. In Kazreti, the entire village is protesting against a mass dismissal from a gold mine and in Chiatura hundreds are on strike against harsh conditions and low pay in the coal mines.

The company promised improvements over a year ago, but hasn’t delivered. 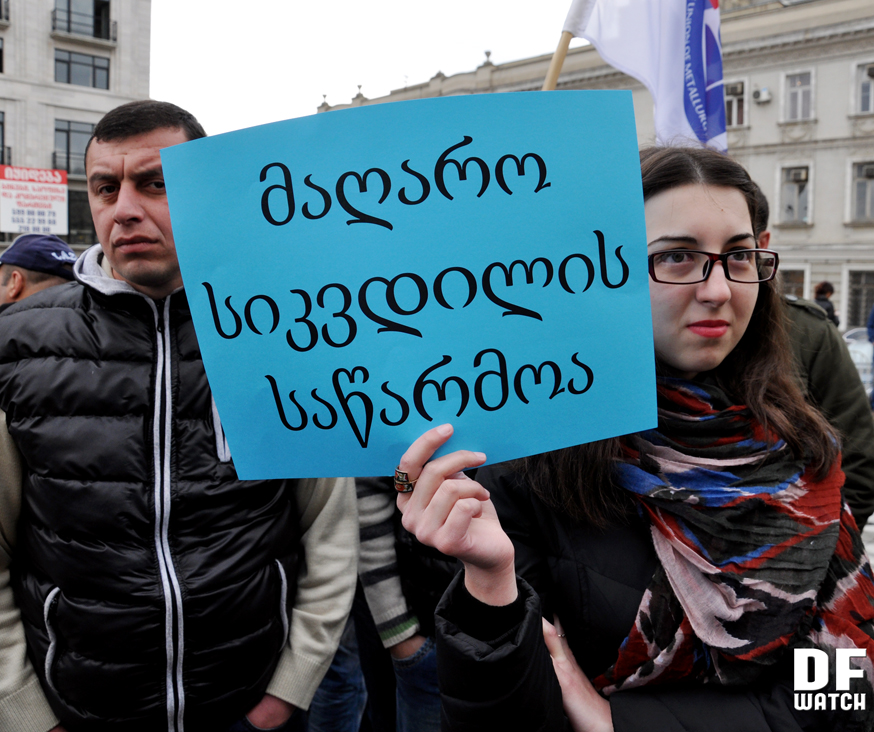 ‘A mine is production of death,’ this poster says. Fatal accidents are an almost regular occurence in the Chiatura coal mines. (DF Watch.)

Friday’s demonstration also took aim at raising awareness about socially vulnerable people and a protest among homeless people to demand a place to live, and also a strike among firefighters in Tbilisi, who claim that their boss is corrupt.

The demonstrators demand that the Health Ministry acts as a mediator and helps solve these problems. They also ask the government and parliament to review their policy in regard to protection of labor rights.

Health Minister Davit Sergeenko said at a press conference on Friday that the ministry will engage in trying to solve the labor disputes in Kazreti and in Chiatura.

“This is our duty,” he said. “In a few days, a government commission will officially start working on this.”

He said the ministry will actively participate in solving these problems.

About 80 people from Kazreti came to Friday’s rally in Tbilisi. Workers from Chiatura were also present. Firefighters held a poster that said ‘save firefighters-rescuers they will save us.’ Homeless people living in temporary shelters also came to the rally.