Prosecutors in Georgia will get powers to monitor suspicious money transfers before they are carried out. But this will require a court warrant. 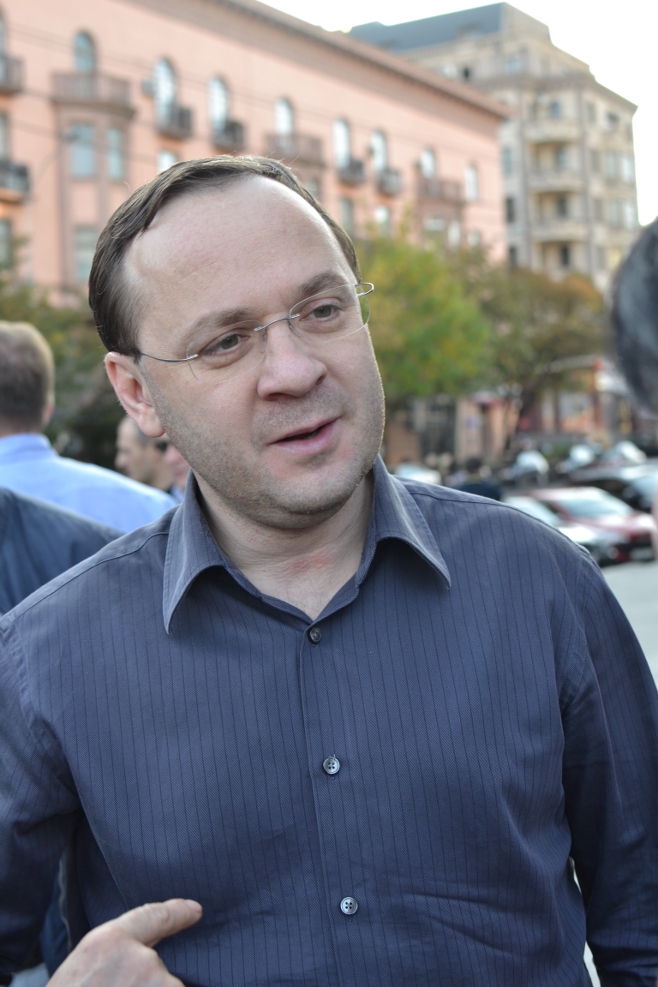 The leading opposition parliamentarian Gia Tsagareishvili thinks the new powers are a means to control the opposition parties ahead of next year's election.

Parliament’s decision means that after getting a court’s approval, the prosecutor’s office can ask that a bank account be subject to a strict control regime: every time there is a transfer to the account, information about the transfer must first be sent to the the prosecutor. All of this will happen without the account holder’s knowledge.

The government explains the decision with the need to combat money laundering. The opposition says that it’s made with elections in mind, in order to control political parties.

Following Parliament’s decision, a completely new section will be added to Georgia’s Criminal Procedure Code, a law which regulates the rights and duties of the police and prosecutor in the early stages of an investigation:

“If there are reasonable [grounds for] suspicion that a criminal act is carried out using a bank account, the prosecutor is entitled, with the help of the Chief Prosecutor or his deputy, according to the place of investigation, to ask the court to grant a ruling concerning the monitoring of bank accounts. If this is granted, the bank will be obliged to cooperate with the investigation and give information about banking operations on one or more bank accounts,” the new bill reads.

In addition, the bill gives the prosecutor the same rights to check a bank account in case of stolen property.

The Prosecutor’s Office must immediately be notified of such information. Also information about money withdrawal or transfer must be notified before banking operations.

“I note that these changes are made just at the beginning of an election year” –Gia Tsagareishvili, Free Democrats party and opposition parliamentarian

But there’s a time limit to such court-sanctioned monitoring of an account. The period must not exceed the period necessary for obtaining evidence in criminal cases.

While meeting the press to explain why they proposed the bill, co-author Zviad Kukava appeared to not know his name was on it, but the other MP behind it, Kakha Anjaparidze, explained that the bill is a means of bringing Georgian legislation in conformity with international laws.

“The purpose of the bill is to correct deficiencies in some sections of the Criminal Prosedure Code, to perfect these articles and bring them into conformity of with international standards,” the bill’s explanatory note says.

But how exactly this change is in line with the goal mentioned in the explanatory note, will be discussed in the committee considering the bill, Kakha Andjaparidze says.

According to the parliamentary opposition, these new powers were granted out of concern for the election campaign and they fear that it will be used against opposition parties.

“All the accounts are already being controlled, and any transfer above five thousand GELs is already being monitored. If any bank or notary will have to affirm an agreement worth more than five thousand GELs, he must notify the appropriate authorities, but as it turns out, this is not enough for [Justice Minister Zura] Adeishvili. Now the Prosecutor’s Office will directly have permission to monitor the accounts so that an account holder will not know anything about it.

According to Gia Tsagareishvili, the Georgian legislation already strictly regulates all money transfers to political parties, and now the government wants to control private members accounts too, fearing that they will be an alternate route for such transfers.

“The most disturbing thing is that the bank must notify the monitoring unit before the money transfer or withdrawal. The National Bank already controls this process, but only post-factum, and Adeishvili wants to control the process before you withdraw the money. What can be it called except total control?” asks Gia Tsagareishvili, member of the Free Democrats party and chairman of the newly formed opposition faction in parliament Unity for Justice.

He also added that you cannot control and impose punishment before the crime. This new law means exactly this.

“Every year the sanctions get stricter in this direction and it all started in the previous parliament, under pretense of controlling the criminal world. Under this statement, all the bank accounts close to 5 thousand GEL had been controlled. It is also clear that the government knows well that the so called thieves in law do not transfer money through bank accounts. So all these measures are made for one and only one reason: to control all the money activities of all political opponents.”

“It is easy to see how all these measures will be used against specific parties and we will all soon witness this. It’s about total control and nothing more”  –Gia Tsagareishvili

“Their potential sponsors’ and their members’ bank accounts must be under control. Everything is done with only this in mind. I can’t see any other reason, and I note that these changes are made just at the beginning of an election year,” Tsagareishvili says.

According to him, the Georgian legislation already strictly regulates all money transfers to political parties, and now the government wants to control private members accounts too, fearing that they will be an alternate route for such transfers.

“It is easy to see how all these measures will be used against specific parties and we will all soon witness this. It’s about total control and nothing more,” Tsagareishvili claims.

Analysts seem cautious about the new powers and think this is an issue which requires further study, which will take time. Those we contacted did not want to comment and said that they will spend the next few days studying the new powers within the context of international law, and only then form an opinion.