Problems in the border areas

Problems in the border areas 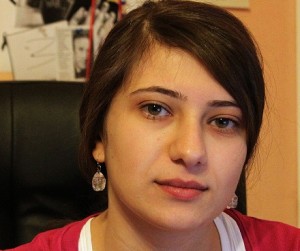 Nino Jomarjidze is a lawyer at Georgian Young Lawyer's Association.

After the Russia-Georgian conflict of August war 2008 the administrative boundary line still remains as one of the most widely discussed issues for international and Georgian society. Before August 2008 Ossetians and Georgians travelled freely from one side to another, but since October 2008 when South Ossetia closed the administrative boundary line (ABL), which it treats as a “state border”, large-scale arrests began for “illegally crossing” the ABL or other fabricated crimes. As of the present time, access to South Ossetia still remains limited.

On 14 August 2009 in the scope of the mechanism of Incident Prevention and Response to them, through the mediation of EU Monitoring Mission in Georgia the parties to the conflict reached an oral agreement that local residents shall not be detained on charges of crossing the border in case if they cross the ABL in any direction. However, in practice the real situation is more complicated.

People are detained on both sides of the administrative boundary line. While detentions are usually brief, some last for months or for years. In the areas adjacent to South Ossetia, local residents and returnees faced considerable safety risks and limitations on their freedom of movement due to a lack of clarity regarding the possibility of crossing the ABL. The situation is further complicated by the fact that the location of the ABL in many places is unclear. In some places the ABL is demarcated but in many places it is not. Beside this, the residents have no information about the location of the ABL. While people on both sides continue to cross the ABL for various reasons, such as to access medical care, to visit graveyards or to see relatives or family members on the other side, most of this movement across the ABL is considered illegal by the authorities. There are no guarantees that, if persons are allowed to cross the ABL, they will be able to return back.

According to Georgian authorities, they have stationary posts and mobile patrols near the ABL; however, this is not enough measures for ensuring security along the administrative line. Due to a lack of insecurity and clarity regarding the location of ABL not only detention of people occurs but also other violent actions. For example, in May 2011, two local Georgian villagers, including 17 years old pupil, from the Sachkhere district were wounded by Russian and de-facto Ossetian authorities in the vicinity of the administrative border line.

It should be noted with respect to Georgia that there exits legislative obstacles, particularly, the legal regime of movement introduced by the Georgian Government in relation to the occupied territories hinders residents of these territories from free movement, economic activity necessary to support life and the possibility of defending their rights before the Georgian Government. Article 4 of the Law on Occupied Territories stipulates that entry into the occupied territories by foreign citizens and stateless persons using checkpoints other than those declared legal by the Georgian Government is prohibited and is punishable with deprivation of liberty from 2 to 4 years under Article 3221 of the Criminal Code of Georgia. The Georgian Government maintains the position that individuals residing in the territory of Tskhinvali region are citizens of Georgia and thus are not subject to limitations imposed by Article 4 of the Law on Occupied Territories. However, such political view of the Government is not clearly and directly reflected in the applicable Georgian legislation. Furthermore, even if application of Article 4 of the Law on Occupied Territories to residents of Tskhinvali region is excluded, these persons may still be subjected to criminal prosecution under Article 344 of the Criminal Code on the ground of unlawful crossing of the State border. Thus the Georgian legislation does not contain appropriate guarantees that would take into account the factual situation existing in Tskhinvali region and allow residents of these territories to move freely and safely on the rest of the Georgian territory. Furthermore, the Georgian Government has limited allowed quantities of movement of goods. Lack of clearly articulated and stabile regime of movement, ambiguous legislation concerning movement and the general tension between the parties to the conflict constitute a reasonable ground of fear for the residents of Tskhinvali region that they may become victims of deprivation of liberty or limitation of their other rights if they enter the territory controlled by the Georgian Government.

As for the South Ossetia, it should be mentioned that the main purpose of the detention of ethnic Georgians is to exchange them for the ethnic Ossetian detainees captured by the Georgian authorities earlier and after the August war and not to be presented to the competent legal authorities. According to the different sources, most of the detainees are brought to trial by de facto courts of south Ossetia on the basis of the Article 322 of the penal code of Russian Federation. The present article concerns the cases of crossing the state border of Russian Federation by an individual without proper documents for leaving or entering Russia, or without appropriate permit issued according to law of Russian Federation. The detainees have crossed de facto administrative border of south Ossetia which doesn’t conform to the state border of Russia and is not recognized as such by Russian Federation and/or south Ossetia. Thus incriminated by Article 322 act actually doesn’t comply with the act committed by the detained persons. Furthermore, the penal code of Russia contains no other norm which condemns act committed by the detained persons. Moreover, there is no law adopted by de facto regime of south Ossetia which regards crossing of so called border of south Ossetia as a crime. Besides the illegal crossing of border can not be considered as a crime, as de facto administrative border of south Ossetia is not a recognized state border in accordance with international law and the states can not be authorized to incriminate such act. The detained persons are not arrested on the basis of a reasonable suspicion that they have committed an offence. The charges brought against them for illegal border-crossing are entirely fabricated and motivated by political reasons.

According to the open sources, the last exchange of detained persons occurred on 30 December 2011 as a result of negotiation at the meetings of the Incident Prevention and Response Mechanism. The exchange of 13 prisoners from each side was organized by the European Union’s post-war monitoring mission in Georgia and the OSCE. However, as of today, ethnic Georgians still remain in jail in Tskhinvali prison charged with the illegal border-crossing and de-facto South Ossetia authorities say they will be released only when Georgia frees South Ossetians who were detained before the war.

As of today, on the third anniversary of the war the exact location of de facto administrative border of South Ossetia has not been defined and the uncertainty and unlegitimacy regarding the closure of the ABL leads to the illegal infridgement of human right for liberty and movement. The inhabitants are not informed about the existence or location of ABL and outcomes that can lead to the crossing of the ABL. According to the international human rights law, despite the fact that Georgian authorities does not have de-facto jurisdiction on this teritory, it has a positive obligation to ensure the security along the ABL and protect the human rights of its citizens. Georgian government must use all means, including political and diplomatic for release of detained persons and take all necessary measures to avoid detention of ethnic Georgians or other gross violations by the de-facto authorities of South Ossetia.

Georgian Young Lawyers’ Association protects the legal interests of ethnic Georgians and Ossetians who were illegally detained by the parties to the conflict and has submitted several applications to the European Court of Human Rights that concerns their unlawful detention and other rights under European Convention of Human Rights.