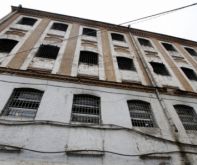 TBILISI, DFWatch–60 prisoners with life sentence are continuing their hunger strike to demand a new assessment of their cases.

The prisoners on lifelong term want to be included in a mass amnesty introduced by the new Georgian Dream coalition in the beginning of 2013.

Lawyer Mariam Kublashvili told journalists that the prisoners want their sentences to be specified, even when they are as long as 20 years, in order to have hope that they can leave jail someday.

47 prisoners went on hunger strike on January 26, and were later joined by others.