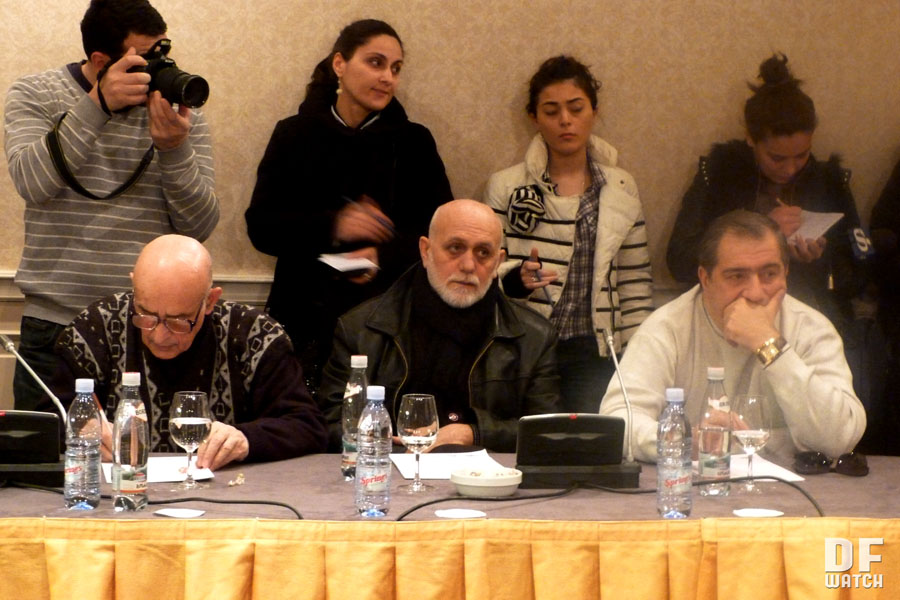 Media companies in Georgia have formed a defense group, which includes most of the media, with the exception of the national TV networks and the small Tbilisi-based Kakvazia TV. (Photo: Mari Nikuradze.)

TBILISI, DFWatch – Media workers in the former Soviet republic of Georgia met Wednesday to reaffirm their mutual pledge to support eachother in case of harassment from authorities.

“The main goal is to fight against illegal actions, protecting each other and solidarity when the media is in trouble,” says Mamuka Glonti, who took the initiative to the group.

Glonti used to be producer at the independent TV station Maestro in Tbilisi, which was taken over by its largest investor with the help from authorities last November. Its journalists have since been broadcasting with little equipment from a different studio.

Another reason for the creation of the group is a new plan by Tbilisi City Hall to replace kiosks in the capital which threatens to monopolize the distribution and sale of newspapers, and could represent a threat against freedom of speech.

The group presented a memorandum January 20 which says that an attack on one member will be perceived as an attack on all, and they will take measures to protect eachother.

‘Measures’ will include protest rallies, appealing to foreign embassies and to the international community.

Glonti says most Georgian media units have signed the document. Among those missing are the large national government-controlled media, and the small Tbilisi-based TV station Kavkazia, which is perceived as opposition-leaning and was expected to join in.

Organizer Glonti says it is important to have such a group because it’s hard for small Georgian media outlets to reach an international audience by themselves.

“Our statements will be perceived more serious than it used to be before, when we were fighting alone.”